Rihanna showing off in pantyhose.
Robyn Rihanna Fenty was born on February 20, 1988, in Saint Michael, Barbados, to Monica Braithwaite, a retired accountant, and Ronald Fenty, a warehouse supervisor for a garment factory. Her mother, a native of Guyana, is Afro-Guyanese, and her father is of Barbadian and Irish descent. The eldest of three siblings, Rihanna has two brothers, Rorrey and Rajad Fenty. She also has two half-sisters and a half-brother from her father’s side, each born by different mothers before Rihanna’s father married her mother. Rihanna grew up listening to reggae music, and began singing at around the age of seven. Her childhood was deeply affected by her father’s addiction to crack cocaine, alcohol, and marijuana, and her parents’ turbulent marriage ended when she was 14. She grew up in a three-bedroom bungalow in Bridgetown and sold clothes with her father on a street stall.She attended Charles F. Broome Memorial Primary School and then the Combermere High School, where she formed a musical trio with two of her classmates. Rihanna was an army cadet in a sub-military programme that trained with the military of Barbados and fellow Barbadian and singer-songwriter Shontelle was her drill sergeant. Although she initially wanted to graduate from high school, she chose to pursue her musical career instead. 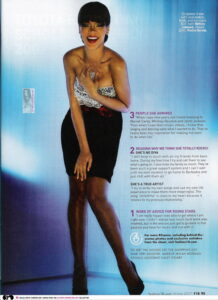 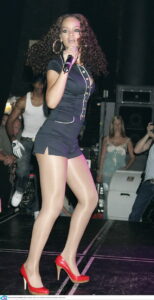 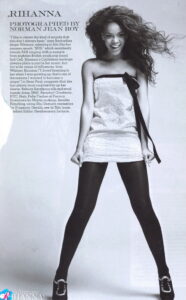