Born in Skelleftehamn, Silvstedt was raised in a family of five in Bollnäs, having one older sister and one younger brother. She was keen on horseback riding and wanted to become a veterinarian.

Silvstedt’s father was the captain of a local ski team, and she started alpine skiing at the age of five. In 1989, Silvstedt placed fourth at a youth championship in the giant slalom won by Pernilla Wiberg. However, an accident in the middle of a skiing competition where she injured her shoulder ended Silvstedt’s competitive skiing career at the age of 16.

A few years later, Silvstedt was invited to participate in the Miss Sweden beauty pageant, after her mother and sister had sent some pictures of her to the pageant officials. 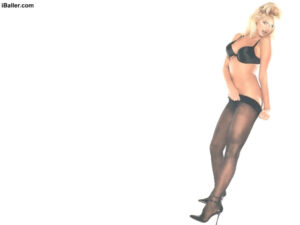