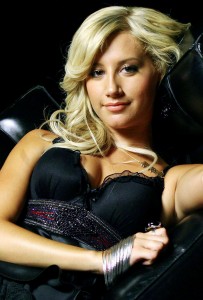 Tisdale’s involvement in Dimension Films’ Scary Movie 5, the fourth sequel to the 2000 movie was announced in June 2012, by The Weinstein Company. She plays Jody, a late-20’s dancer and mother of two, the leading role in the film, which also stars Lindsay Lohan and Charlie Sheen. The film is set for an April, 2013 release. In January, 2013, Tisdale was cast to star opposite Nicolas Cage in the movie Left Behind as Chloe Steele, a young woman that wanders America looking to find any remaining members of her family.