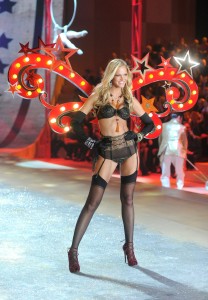 Erin Heatherton was discovered vacationing on South Beach, Miami, and eventually signed with the Marilyn Agency. She launched her career in New York City, walking for Diane von Fürstenberg, and has since modeled for Shiatzy Chen, Oscar de la Renta, Tommy Hilfiger and others. She has appeared on the cover of D, Grazia, Velvet, and MUSE.

In January 2013 it was announced that Heatherton would be the face of the XOXO Spring/Summer 2013 line.