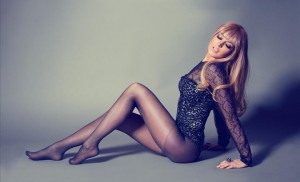 Lindsay Morgan Lohan (born Lindsay Dee Lohan; July 2, 1986) is an American actress, model and recording artist. She began her career as a child fashion model when she was three, and was later featured on the soap opera Another World for a year when she was 10. At age 11, Lohan made her motion picture debut in Disney’s remake of The Parent Trap (1998), a critical and commercial hit. Her next motion picture, Disney’s remake of Freaky Friday (2003), was also a success at the box office and with critics. With the release of Mean Girls (2004), another critical and commercial success, Lohan became a household name and a frequent focus of paparazzi and tabloids. The two films earned her several MTV Movie Awards and Teen Choice Awards.

Lohan’s debut studio album, Speak (2004), was certified platinum. Her second album, A Little More Personal (Raw) (2005), was certified gold. Earlier in 2005, Lohan starred in Disney’s Herbie: Fully Loaded, another box office success. In 2006, she received positive comments on her work in independent films, including Robert Altman’s A Prairie Home Companion and Emilio Estevez’s Bobby. In 2007, two driving under the influence incidents led to Lohan being put on probation, and together with three visits to rehabilitation facilities caused the loss of several movie deals.

In 2008 and 2009, Lohan worked as a fashion model and launched the clothing line 6126. She resumed her acting career with recurring appearances in the TV series Ugly Betty in 2008 and starred in the TV film Labor Pains in 2009. She was featured in Robert Rodriguez’s feature film Machete (2010). She spent much of 2010 and 2011 entangled in legal problems stemming from probation violations and a necklace theft. After her supervised probation was lifted in 2012, she did further television work, including starring as Elizabeth Taylor in the biographical TV film Liz & Dick (2012).

The pic with Lindsay’s legs in black pantyhose must be seen in full resolution, please click on it and enjoy!

I will try to find new pics. Her legs are really… something special!