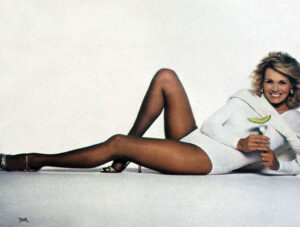 Angie Dickinson (born September 30, 1931) is an American actress. She is best known for her roles in the films Rio Bravo and Dressed to Kill, and for starring on television as Sergeant Suzanne “Pepper” Anderson on the 1970s crime series Police Woman.

Dickinson, the second of four daughters, was born Angeline Brown (called “Angie” by family and friends) in Kulm, North Dakota, the daughter of Fredericka (née Hehr) and Leo Henry Brown. Her family is of German descent and she was raised Roman Catholic. Her father was a small-town newspaper publisher and editor, working on the Kulm Messenger and the Edgeley Mail. In 1942, her family moved to Burbank, California, where she attended Bellarmine-Jefferson High School, graduating in 1947 at 15 years of age. The previous year, she had won the Sixth Annual Bill of Rights essay contest. She studied at Glendale Community College and in 1954 graduated from Immaculate Heart College with a degree in business. Taking a cue from her publisher father, she had intended to be a writer. While a student from 1950–52, she worked as a secretary at Lockheed Air Terminal in Burbank (now Bob Hope Airport) and in a parts factory. She became Angie Dickinson in 1952, when she married football player Gene Dickinson.

Angie has a great pair of legs,
She a leg mans fantasy