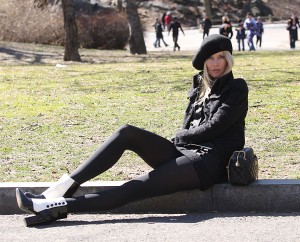 Schiffer was born in Rheinberg, North Rhine-Westphalia, West Germany, a small town 15 km northwest of Duisburg. She is the daughter of Gudrun and Heinz Schiffer, a lawyer. She has two brothers, Stefan and Andreas, and one sister, Ann Carolin.

Schiffer said she was popular in high school, but she has revealed that, because she was so tall, she became very shy and did not want to be noticed. She was also subjected to jealousy by others as she came from a wealthy family that was well-known locally. Schiffer is fluent in three languages – German, English and French.