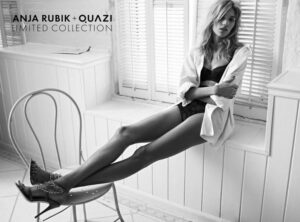 Rubik was one of the faces to land in one of the fourteen covers of V magazine September 2008 issue. Each cover boasts a head shot of a famous model, either from the new crop of leading models (Agyness Deyn, Lara Stone, Natasha Poly, Daria Werbowy, etc.) or the supermodel era (Christy Turlington, Naomi Campbell, Eva Herzigova), it was photographed by duo Inez van Lamsweerde and Vinoodh Matadin.

Vogue Paris declared her one of the top 30 models of the 2000s. As of May 2010, she is ranked 3rd, behind Natasha Poly and Lara Stone, on the Top 50 Models Women list and 18th on the Top 25 Money Girls list, which ranks the highest earning high fashion models in the industry, by models.com. As of September 2012, she is ranked as an icon.