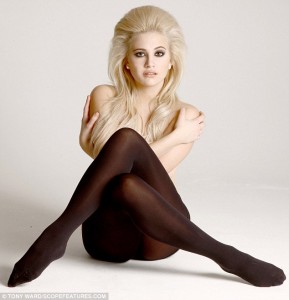 Pixie Lott was born in Bromley and initially lived in Petts Wood and then Bickley, all suburban areas of London. Her mother gave her the nickname Pixie because she was “such a tiny, cute baby who looked like a fairy”. She started singing in her church school and when she was five she attended the Italia Conti Associates Saturday school in Chislehurst. She went on to attend the main school – Italia Conti Academy of Theatre Arts – at 11, where she was awarded a scholarship.

At the age of 13, Lott moved with her family to Brentwood. During her time as a student she appeared in the West End production of Chitty Chitty Bang Bang at the London Palladium, and in BBC One’s Celebrate the Sound of Music in 2005, aged 14, as Louisa von Trapp. At the age of 14, she was part of the chorus, recording vocals on Roger Waters’s opera Ça Ira. Despite missing school time because she was recording her album, Lott says she received straight ‘A’ grades in her GCSEs. In FHM’s 100 Sexiest Women list she was voted No. 45 in 2010, No. 31 in 2011, No. 12 in 2012 and No. 7 in 2013.

In 2006, at the age of 15, she sang for L. A. Reid after he heard a few of her demos. He then signed her to the Island Def Jam Music Group. After a change of managers, a bidding war ensued and Lott parted ways with the Island Def Jam Music Group, to sign with Mercury Records in the UK and to Interscope Records in the U.S. She signed a publishing deal, as a songwriter, with Sony/ATV Music Publishing in December 2007, while writing and recording tracks for Turn It Up. Lott wrote a song for Alexandra Burke’s debut album, Overcome, titled “You Broke My Heart” and a song for Girls Can’t Catch titled “Happy Alone”. She also wrote two tracks on Lisa Lois – the Dutch X Factor’s winners album, titled “No Good For Me” and “Promises, Promises”. Lott played her first festival concert in the Big Top at the Isle of Wight Festival 2009, during her first full British tour, where she supported The Saturdays on The Work Tour.

Lott’s debut single, “Mama Do”, was released on 8 June 2009. It spent one week at number one, eleven weeks within the top forty and eighteen weeks within the top seventy five. The single also had considerable success outside the UK, reaching the top forty in eleven other countries, including top ten peaks of number eight in Denmark and number ten in France. The single was certified silver by the British Phonographic Industry on 28 August 2009 after selling over 200,000 copies in the United Kingdom. On 15 August 2009, Lott was featured alongside Hoobastank, The All-American Rejects, Kasabian, Boys Like Girls, Estranged and Raygun as one of the live acts at Asia’s very first MTV World Stage Live in Malaysia concert. Lott’s second lead single “Boys and Girls” was released on 6 September 2009 and topped the UK Singles Chart on 13 September 2009. On 14 September 2009, Lott’s debut album, Turn It Up was released. This followed an intensive promotional tour where Lott visited the Asia-Pacific region to promote the album and ‘Mama Do’. The album debuted at number six on the UK Album Chart, and sold over 600,000 copies in the United Kingdom. In August 2010, it was certified Double-Platinum by the British Phonographic Industry. Lott’s third single from the album, “Cry Me Out” was released on 23 November 2009. It was during this time that Lott was chosen as the face of Nokia’s “Illuvial Pink Collection” mobile phone range  and Casio’s range of Baby G watches.

The fourth single, “Gravity”, was released in the UK on 8 March 2010. Lott won two MTV EMA Awards MTV Europe Music Awards 2009, Best UK & Ireland Act and Best Push Artist (best break through artist). Lott was nominated for British Breakthrough Act, British Female Solo Artist and British Single at the 2010 BRIT Awards. Lott also served as the opening act of Rihanna’s Last Girl on Earth Tour in the UK 7–26 May 2010. In April 2010, Lipsy launched a fashion range co-designed by Lott. The first Pixie Collection comprised two ranges: Pixie Festival and Pixie Party. Pixie Lott’s second collection for Lipsy was launched in September 2010 and consisted of a new range, Pixie Rocks, and an updated Pixie Party collection. In July 2010, Lott appeared as a guest judge for the auditions for the seventh series of The X Factor in Cardiff, covering for Dannii Minogue, who was on maternity leave. Lott also performed on the main stage at the V Festival in August 2010. The fifth single from Lott’s album, the title song “Turn It Up”, was released on 7 June 2010. Lott recorded a song for the film Street Dance 3D, “Live For The Moment”.

Lott released “Boys and Girls” as her debut US single on 24 August 2010. The release coincided with the TV premiere of her film debut, Fred: The Movie. In January 2010, Lott was named one of 2010’s “Faces to Watch” by US magazine, Billboard. Lott was cast as Judy, Fred Figglehorn’s crush, in the film Fred: The Movie, starring alongside Lucas Cruikshank. The comedy was released on America’s Nickelodeon channel on 18 September 2010. Turn It Up was to be released in the US in 2011, but this never materialised. It was, however, rereleased in the UK. “The Way The World Works”, from Lott’s debut record was used in the U.S.-produced medical drama Private Practice.
For the new repackaged version of Turn It Up Lott recorded duets with Jason Derulo and Joe Jonas, though the latter failed to make the final tracklisting for the album. This edition included her single, “Broken Arrow”.