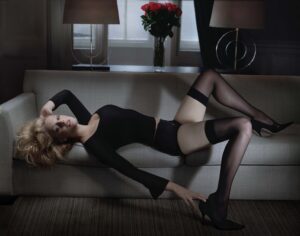 Romola Sadie Garai, born 6 August 1982, is an English actress. She is known for appearing in the films Amazing Grace, Atonement, and Glorious 39, and in BBC series such as Emma, The Hour, and The Crimson Petal and the White. She has been nominated twice for the Golden Globe Award.

Garai’s first professional acting role was in the 2000 BBC-HBO TV film The Last of the Blonde Bombshells, where she played Judi Dench’s character as a young woman. She then landed a part in the BBC 26-part television series Attachments (2000–2002). It was this production that prompted her to make the decision to stop her education and concentrate solely on her acting career.

Garai’s first major film role was in 2002’s Nicholas Nickleby. She played Kate Nickleby, a supporting role, in the well-reviewed film. The entire cast was widely recognized for their work and were awarded Best Ensemble by the National Board of Review. In 2003’s I Capture the Castle, she played 17-year-old Cassandra Mortmain. She received glowing praise for her work. Her performance earned her a nomination for a Most Promising Newcomer award from the British Independent Film Awards.

Dirty Dancing: Havana Nights (2004) was Garai’s biggest critical flop to date. Her performance received mixed reviews; many critics felt let down after her previous impressive turns. Later that same year, Vanity Fair was released, in which she played Amelia Sedley. Co-starring Reese Witherspoon, Jim Broadbent, and James Purefoy, the movie was based on the 19th century novel by William Makepeace Thackeray and it was directed by Mira Nair. The movie received mixed reviews.

In 2005, Garai received another BIFA nomination, this time for their Best Supporting Actress award, for her performance as Siobhan in the independent film Inside I’m Dancing. Her portrayal earned her the British Supporting Actress of the Year award from the London Film Critics Circle. Also in 2005, she starred in a two-part drama made for television, entitled The Incredible Journey of Mary Bryant. While critics hailed it as “pleasingly old-fashioned adventure,” it was her performance that won the most admiration and earned her two nominations: Best Lead Actress in Television from the Australian Film Institute and Most Outstanding Actress in a Drama Series from the Logie Awards. The Observer noted: “As for the tireless Garai, she once again demonstrated an instinctive understanding of the vital difference between overperforming and overacting.”

She can be seen in Kenneth Branagh’s film adaptation of William Shakespeare’s As You Like It (2006), as Celia. The film was released in some European cinemas before being broadcast in 2007 on HBO cable television in the U.S. In 2009, it opened in theatres in Mexico.

Also in 2006, she starred in the biographical drama movie Amazing Grace, which was directed by Michael Apted and co-starring Ioan Gruffudd, Benedict Cumberbatch, and Michael Gambon. The film was about William Wilberforce, a leader of the movement to abolish slave trade. Garai played Barbara Spooner, the wife of Wilberforce. The film received generally positive reviews. 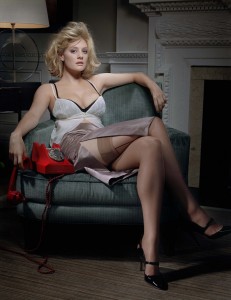 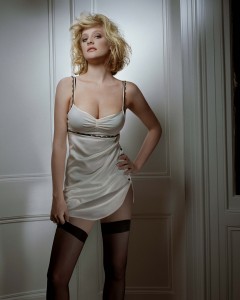 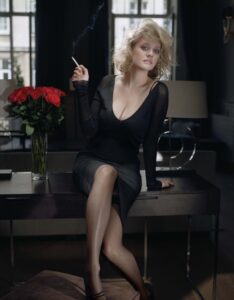