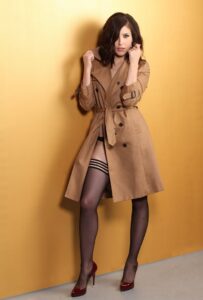 Sophia Anna Bush (born July 8, 1982) is an American actress, director, spokesperson, and activist. She starred in The WB/CW television series One Tree Hill, where she portrayed Brooke Davis from 2003 to 2012. Bush is additionally known for her film roles in John Tucker Must Die (2006), The Hitcher (2007), and The Narrows (2008). Since January 2014, she has starred as Detective Erin Lindsay in the NBC drama series Chicago P.D.

Bush made her first big screen appearance in the 2002 film National Lampoon’s Van Wilder opposite Ryan Reynolds. Following this, she made appearances in several television shows, such as Nip/Tuck, Sabrina, the Teenage Witch, MythBusters, and Punk’d. In 2003, Bush was cast as Kate Brewster in Terminator 3: Rise of the Machines but was replaced by Claire Danes after a week of filming. Jonathan Mostow, the director of the film, stated that he had replaced her as he felt she was too young for the role, though he praised her talent as an actress.