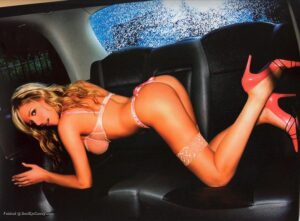 In December 2004, Titmuss appeared on the front cover of FHM along with Swedish model Victoria Silvstedt. In 2004 and 2005, she made a total of 38 front-page appearances on British men’s magazines, such as FHM, Nuts, Zoo Weekly, Loaded, GQ and Maxim. She also appeared in the Sunday Times Style section and in glamour pictures in several tabloid newspapers, including The Sun, News of the World, Daily Mirror, The People and Daily Star.

In 2005, Titmuss was ranked 7th by readers in FHM’s list of 100 Sexiest Women in the World. She started writing a regular sex advice column for the magazine the same year. At the height of her fame in 2004/05, Titmuss would be paid a modelling fee of up to £30,000 a day for appearing on the front page of Nuts or Zoo. In 2005, Titmuss appeared in a high fashion shoot in Pop magazine, which commented on her status as the “face of 21st century celebrity”.

In her memoir, Titmuss states how she quickly realised that she wanted more control after seeing magazines pay her for one shoot and then sell the pictures many times over. Accordingly, she started paying for and directing her own shoots, thus owning the copyright over them and selling them herself, along with her manager.

In December 2004, Titmuss appeared on the front cover of FHM again, with Swedish model Victoria Silvstedt, “marking,” as she wrote, “the first time a girl was on the FHM cover twice in one year.”

After taking a break from modelling, Titmuss relaunched her glamour career in 2007, this time as a brunette, with an appearance on the cover of Zoo Weekly and the sale of the official “Abi Titmuss Calendar”. On 25 April that year, it was announced that Titmuss had made an appearance for a third time in FHM’s annual 100 Sexiest Women in the World readers’ poll, at number 80. She was ranked number 95 in 2004, and number 7 in 2005.

After announcing in late 2007 that she would take a break from her glamour modelling career to concentrate on acting, Titmuss returned with a Nuts shoot in April 2009 to promote one more calendar.

I’m not like those glamour girls who say: ‘I’m really dirty, I’m really bad’, then just pose around. I really am dirty and bad – I love sex. 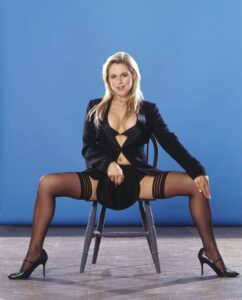 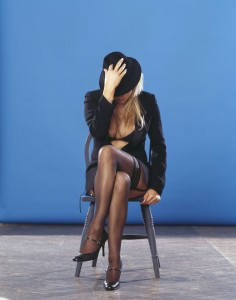 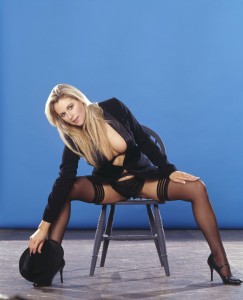