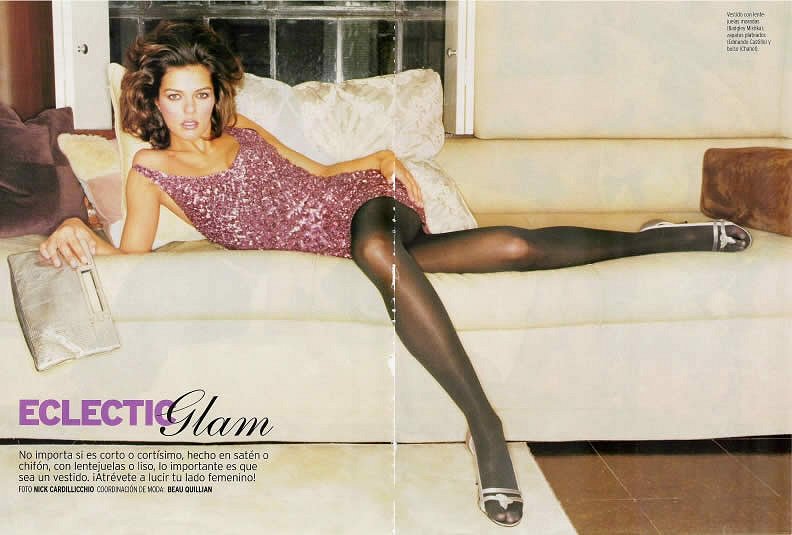 Curry won the first cycle of America’s Next Top Model. She was signed to Wilhelmina Models in New York City. She has modeled for several magazines, including Life & Style Weekly, Us Weekly, Star, OK!, Stuff, People, Maxim (and made the Maxim Hot 100 list in 2005), Spanish Marie Claire, Von Dutch, Von Dutch Watches, Salon City, Macy’s, Famous Stars and Straps, Lucky, Ed Hardy, Kinis Bikinis, Beverly Hills Choppers, and Merit Diamonds. Curry’s runway shows include Anne Bowen Spring 2005, Jaime Pressly, Pamela Anderson’s line, Ed Hardy, Von Dutch, and Christopher Deane. She has appeared in a commercial for the Merit Diamonds Sirena Collection that ran from November 2004 to January 2006. She appeared on the cover and in a nude pictorial for the American edition Playboy in February 2006. She returned for a second cover and nude pictorial in the January 2008 issue. Curry made Playboy’s 2008 top 25 sexiest women, along with the top 100 Playboy spreads 2008 edition. In late 2006, Curry modeled for a technological demo created by Nvidia to showcase their video cards. She is a spokesmodel for The Flex Belt with Denise Richards.