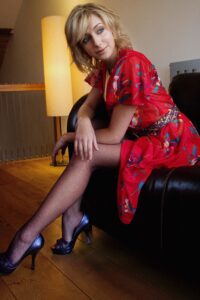 Alexandra Louise “Ali” Bastian (born 27 February 1982) is an English television actress, best known for playing Becca Dean in the Channel 4 soap opera Hollyoaks from 2001 to 2007, and PC Sally Armstrong in long-running ITV drama series The Bill from 2007 to 2009.

Bastian joined the Channel 4 soap in 2001. She was involved in a controversial storyline in Hollyoaks where her character was fired from her teaching job and sent to prison after having an affair with one of her students, Justin Burton played by Chris Fountain. In December 2005, alongside her Hollyoaks cast mates Jodi Albert and Sarah Jayne Dunn, Bastian appeared in an exercise video called Hollyoaks Get Fit. At the 2006 British Soap Awards Bastian and Chris Fountain won the award for best storyline. She departed the show in 2007.