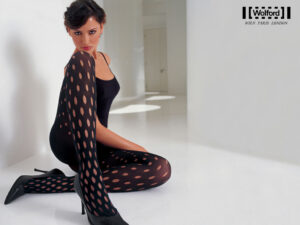 She was born at Benavente, in the province of Zamora (Spain).

Fernández began her professional career at an early age, leaving Madrid in search for a path that would take her to Milan, Paris, and finally New York, where she has established her home for the past few years.
Fernández has been the cover girl for fashion magazines such as Elle, Marie Claire, Vogue, Cosmopolitan, Madame Figaro, Shape, Biba, Joyce and Harper’s Bazaar among others. She has been photographed by photographers like Michael Thompson, Ruben Afanador, Raphael Mazzucco, Walter Chin, David Bailey, Mark Baptist, Diego Uchitel, Norman Jean Roy for campaigns for Hermès, Givenchy, Cartier, Wolford, Revlon,Lacoste, Carolina Herrera, Lancel, Gianfranco Ferré, L’Oréal, Carrera y Carrera, Victoria’s Secret, and Kookai. She also adorned the Hello!/Carrera y Carrera photo session with matador Eugenio de Mora, based upon the novel Blood and Sand by Vicente Blasco Ibáñez.

Cosmopolitan TV awarded Fernández with the award for the best international model of 2007.
Ever since Fernández arrived in New York, she has combined her work as a model with acting classes at the school “The New Actors Workshop” directed by George Morrison and the Academy Award winner Mike Nichols.

Back in Madrid Fernández took acting classes at Cristina Rota’s school of actors which led her to star at Willie Nelson’s “Maria” video clip aside Luke Wilson.