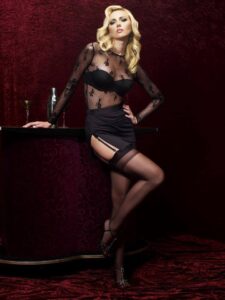 I had heard about her long before I ever met her. It is that way sometimes on a small college campus. Some people get to be well known quickly. Reputations are easy to come by and hard to lose. Especially bad reputations. Her reputation wasn’t as bad as it was, well, notorious. Yes, that’s precisely the word “notorious”.

It was the late sixties and all over America college campuses were boiling over with dissent for the war in Vietnam. The uniform dujour for us was unisex. Jeans, sweatshirts, long hair, beards. In a crowded room on a dark night when smoke (legal and illegal) filled the air, when bodies packed into small campus bars pushed against each other and moved almost as one to the beat of the Stones or Eric Burden or Hendrix or some other minor deity, on nights like this one could not tell the boys from the girls. And, it wasn’t supposed to matter. We were post-sexual. It was free-love. We were modern and liberated and revolutionary. Sex was plentiful and free and casual and… meaningless. We all moved to the same beat… all except her.

Her name was Ellen.

I first met her at her dormitory. I had gone there to see another girl. I was going to a “stop the war” rally with this other woman whose name now I cannot even recall. But as I approached the ivy-covered three-story building something caught my eye. Something from above. A movement, a reflection… something. I looked up in the direction of the intrusion and I saw her. She was sitting in an open window on the second floor. One leg was inside the room and the other was dangling outside. A black high heel shoe swung precariously from the end of her foot. Her loose dress had risen up to the top of her thigh and a welt was clearly visible. She wore stockings. Nobody wore stockings anymore. The sun reflected off the nylon and the lacy white slip that peeked beneath her dress. The sensation was electric. I had stopped in my tracks and was staring at her trying to see more, trying to appreciate all I could see and then she noticed me. A cigarette rested between her fingers its smoke rising lazily in the still air.

“Are you here for Susan? ” she asked. She was so nonchalant. So matter of fact. Here was I, a stranger, staring up her dress from a floor below. Totally mesmerised by her legs and her stockings. “No,” I lied. “I’m here for you.”

“Catch” she called to me and with that she kicked her shoe loose and it fell into my hands. I only remember that it was soft and shiny and smelled of leather and some perfume which I later found out was called “Desire”. I held the shoe up to her but she was gone. The window was empty. Only the curtains, hanging limply marked the place where this apparition had appeared. I stood, stupidly trying to understand what had just happened, still flush from having seen her. And, from having seen her like this; so intimate and so public. The image of her legs and stockings was burning in my brain and all the talk of unisex revolution seemed to melt into the fog my mind had become.

In another instant she was standing before me on the wide front porch of the dorm. Her hair was blonde. A very soft shade of blonde. Her eyes were a kind of brown with golden flecks. Her lips were smooth and full and painted a deep red. She extended a bare foot toward me and pulled her dress up slightly. “I believe you have my shoe? ” She said. She waited. I waited. And then I realised I was staring again. Staring with mouth agape and holding, fondling her shoe. I knelt lightheaded at her feet and like some prince in a fairy tale I cupped the back of her warm nyloned heel and guided her foot into the black pump. A gold chain with a small broken heart charm caressed her ankle. A small strap with a silver clasp hung loosely from her shoe. She wiggled her foot and smiled. I finished the job securely fastening the strap.

When once again I stood I noticed that some people had stopped to watch this little drama. She had a reputation. She was the girl who didn’t dress as the rest of us. She was an iconoclast. Some said she was a nymphomaniac. Others said she was a virgin. Some thought she was rich and eccentric. Still others were sure she was years older than the rest of us. A rumour said she had been married and had children and had divorced and given the kids to her ex-husband to raise while she went to college and started her life anew. And, still others swore she was crazy and dangerous. And a few, a very few, said they knew she was a brilliant, beautiful girl who chose to do exactly what she wanted to do and the rest of the world could be damned.

“So, you came to see me?” she smiled. “Yes,” I lied again. But now it didn’t feel like lies feel. It had the texture of truth to it.

“Are you busy?” I asked. “Do you have anything planned for this evening? ” I would ditch my rally. I could not let this moment pass.

“Yes, I do actually.” She answered. “I’m going to kill myself tonight. ” I laughed nervously at the joke.