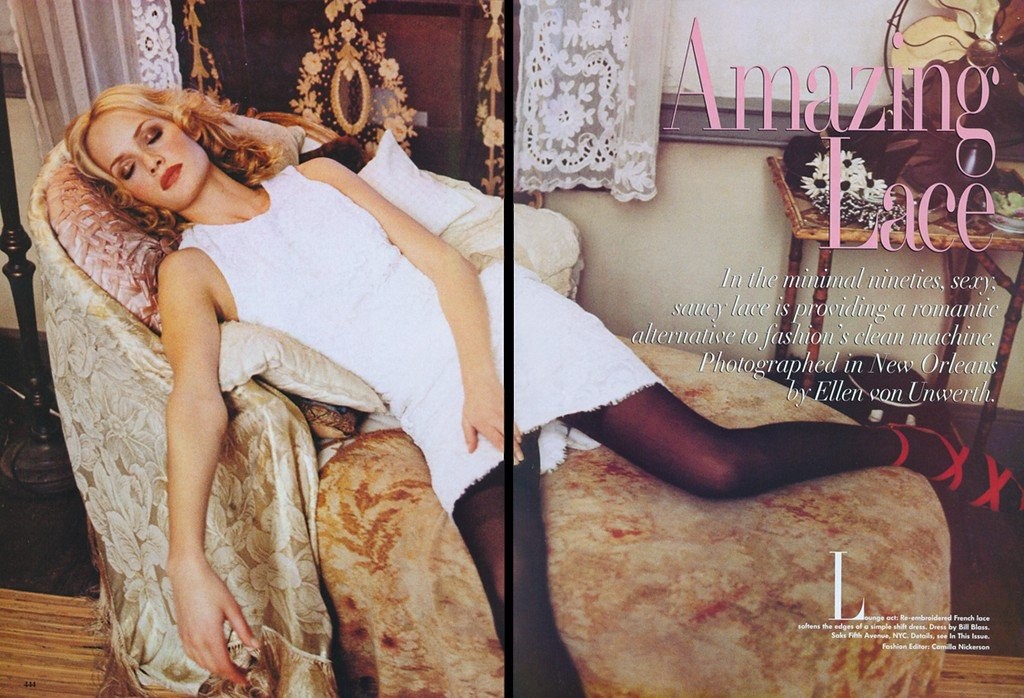 Amber Evangeline Valletta (born February 9, 1974) is an American fashion model and actress. She began her career as a fashion model, landing her first of sixteen American Vogue covers at age eighteen. During the 1990s, Valletta reached the status of supermodel, working as the face of Giorgio Armani, Chanel, Louis Vuitton, Prada, Valentino, Gucci and Versace, and signing multimillion-dollar cosmetics contracts with Calvin Klein and Elizabeth Arden. From 1995 to 1996, Valletta and her friend and fellow model Shalom Harlow hosted the MTV show, House of Style.