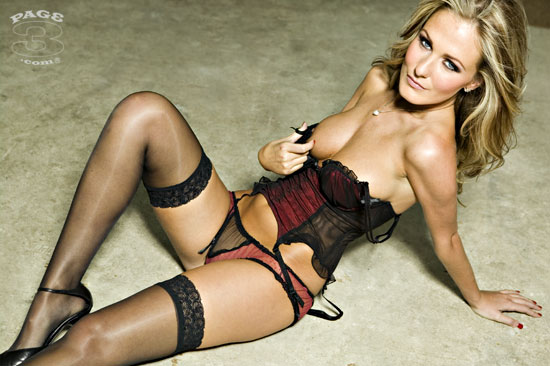 Amii Anne J. Grove (born 5 September 1985) is an English glamour model and current Page 3 girl. She has appeared in publications such as The Sun, Nuts, Zoo Weekly, FHM, and the Hot Shots Calendar.

Grove was born in Solihull. In 2004, Grove competed for the title of Miss Bikini World but failed to be placed in the competition. She then competed in Miss England later that year but again failed to win the title and was listed at position 66 in FHM’s 100 Sexiest Women in the World for 2007.

TV appearances
In 2007, Grove appeared on BBC quiz show The Weakest Link. In 2009, she was interviewed by Kirsten O’Brien during a topless shoot for a documentary entitled Kirsten O’Brien’s Topless Ambition. In 2010, she appeared on UK morning show Breakfast.