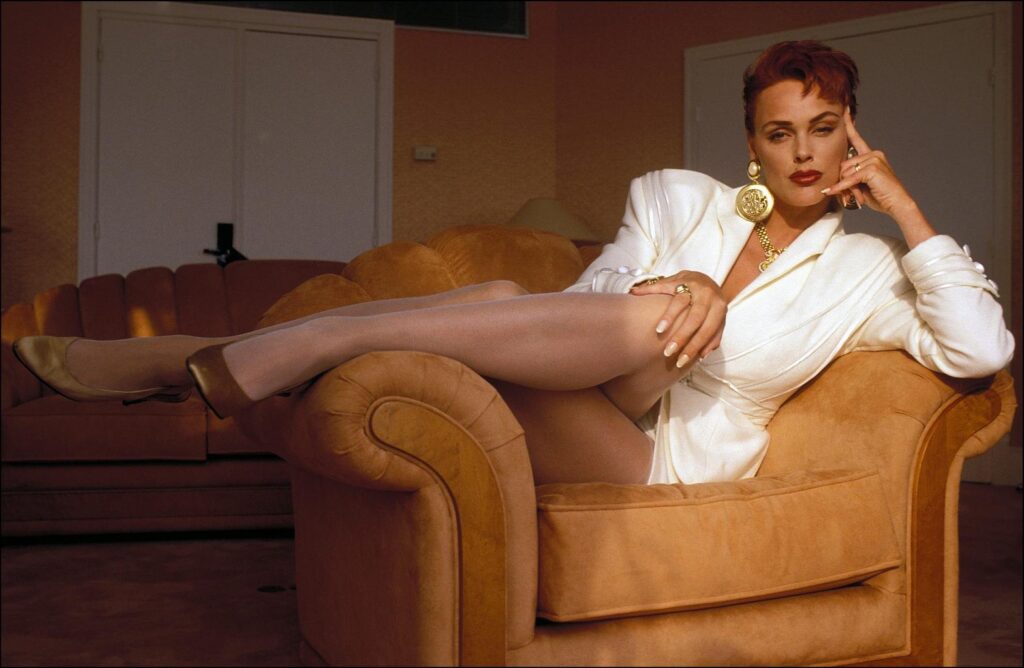 Brigitte Nielsen (born Gitte Nielsen; 15 July 1963) is a naturalised-Italian, Danish-born actress, model, singer and reality television personality who began her career modelling for Greg Gorman and Helmut Newton and several years later acted in the 1985 films Red Sonja and Rocky IV. She is also known for her marriage to Sylvester Stallone, with whom she starred in the 1986 film Cobra. She played Karla Fry in Beverly Hills Cop II (1987), co-starring Eddie Murphy, and played the Black Witch in the Italian film series Fantaghiro between 1992–96.

Nielsen’s exploits were well-covered in the entertainment media in the 1980s, and the world press started referring to her as an “Amazon” because of her tall stature. She later built a career starring in B-movies and hosting TV shows, and in the 2000s, for appearing on reality shows. In 2008, she appeared on the reality show Celebrity Rehab with Dr. Drew, which depicted her and several other celebrities dealing with recovery from drug and alcohol addiction. In 2012 she won the 6th season of Ich bin ein Star – Holt mich hier raus!, the German version of I’m a Celebrity…Get Me Out of Here! and received the most calls from TV viewers throughout the entire show, ranking No.1 with 30 – 50% of all call-ins. Nielsen released music between 1987–2002 reaching the UK, Dutch, Austrian, German and Spanish charts with her singles.