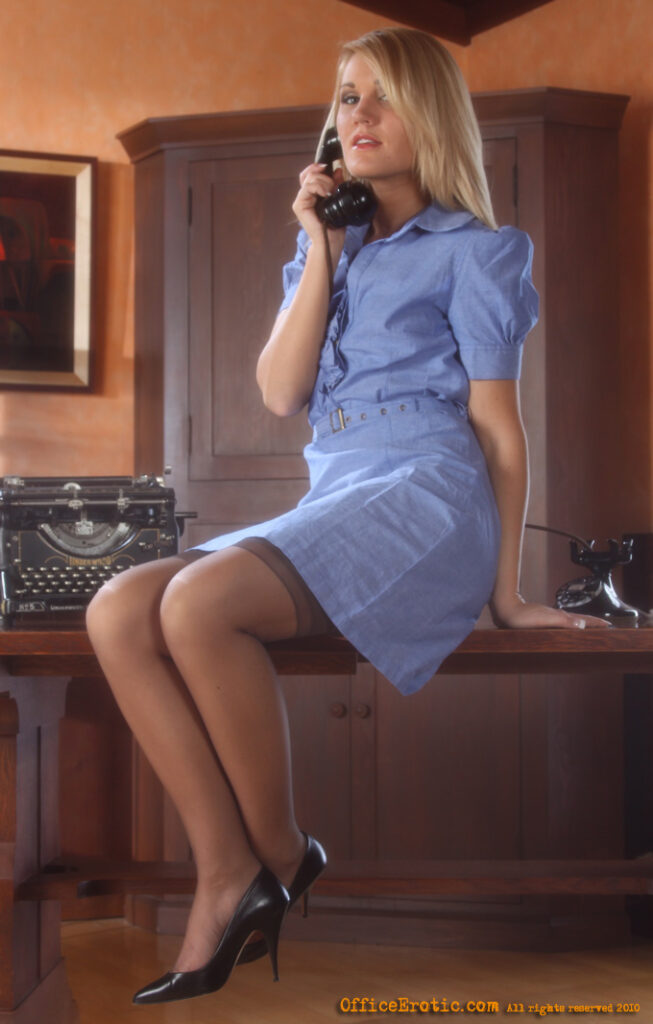 “My only experience of the British judicial system was undertaking monotonous jury service at Kingston Crown Court a couple of years ago. As I had plenty of time sitting around doing nothing I observed that female ushers and barristers never wore trousers. I’m not complaining at this but is there a stipulation that they must wear skirts? Another observation of the power of skirts in the legal profession can be clearly shown in Ally McBeal.”

“I’m not sure that I’d want to associate Ally McBeal (ugly person with odd dress sense) with anything in the English legal establishment, but I’m happy to answer your question.

“I have to restrict my comments to the English & Welsh Bar. I don’t know what, if any, guidance solicitors have.

“Until about five years ago, the code of conduct for the English & Welsh Bar stated that when appearing in the higher courts, when robes are worn ‘lady barristers must wear sober dress and black stockings‘. This was widely interpreted as meaning black or dark grey skirt or dress, and black stockings or tights – although my experience is that very many wore stockings. Trousers were definitely not to be worn. There was one lady barrister, well-known, who was specifically allowed to wear trousers, because of a leg deformity following a car accident.

“The current code of conduct merely stipulates ‘respectable dress’ for both men and women. A few lady barristers do now wear trousers, but I’d say no more than 25% – and fewer when actually appearing in court. Those who wear dresses and skirts usually wear black, dark grey or navy blue, and almost invariably dark hosiery to match. I’d say about 5% of lady barristers ever appear bare-legged, even at the height of summer.

“In my own office, we had a discussion on the topic quite recently, and a pupil (i.e. a barrister undergoing compulsory training for 12 months before she can practise in her own right) asked about the rule. Amongst everyone present (it was a Christmas dinner), nine men and three women, the unanimous view was that trousers should not be worn, especially by pupils. The pupil in question has not worn trousers since!

“By the way, Baroness Anne Mallalieu QC argued unsuccessfully for tax-deductibility on all of her barristerial clothing in the 1970s. Items allowed: wig, gown, winged collars, bands, collarless shirts, striped trousers (for men). Items disallowed: black jacket, black skirt, black tights (read the House of Lords Judgement – the word ‘tights’ was used throughout, sadly!) and laundering of all items except stiff winged collars!

“Compare that to a recent case where a prostitute was allowed tax deductibility for black stockings!”

“Thanks for your reply to my question. I must differ with you on one matter; I think Calista Flockhart is quite sweet!”