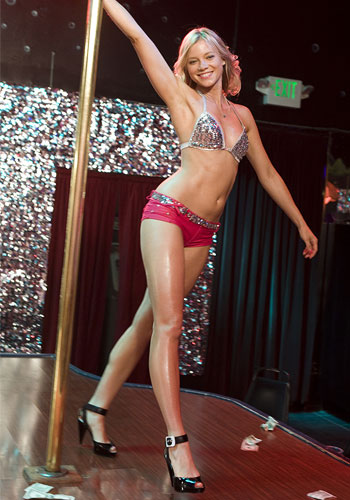 Amy Lysle Smart (born March 26, 1976) is an American actress and former fashion model. Smart began her career modeling in Italy and subsequently enrolled in acting school. Her first role in film was in director Martin Kunert’s film Campfire Tales. She has since appeared in numerous films including Road Trip (2000), The Butterfly Effect (2004), Just Friends (2005), Mirrors (2008) and Tyler Perry’s The Single Moms Club (2014).

While modelling in Italy, Smart met fellow model Ali Larter and the two “became instant friends”, according to Larter. In Los Angeles, the two took acting classes together. After appearing in the video for The Lemonheads’ It’s About Time in 1993, Smart’s first film role was in director Martin Kunert’s film Campfire Tales, followed by a small role as Queenie in the 1996 rendition of John Updike’s short story, “A&P”. She had a minor role in the 1997 film Starship Troopers as the co-pilot for (and friend of) Carmen Ibanez (Denise Richards). She had a starring role in the mini-series The 70s, playing a young woman from Ohio. In 1999, Smart played the girlfriend of a popular American football player (played by James Van Der Beek) in the film Varsity Blues, reuniting her with Larter. Also in 1999, she gave a strong performance in the film Outside Providence.

In 2005, Smart starred as Sarah in a British independent film called The Best Man. Seth Green was her co-star. She also appeared in the 2006 film Crank, portraying the girlfriend of the lead character, Chev Chelios (played by Jason Statham). She reprised the role in the sequel, Crank: High Voltage, released in 2009. Smart was a regular cast member in the short-lived 2006 CBS television series Smith. She also has voiced some characters in the animated series Robot Chicken, created by Seth Green. Smart appeared as Joy in the 2006 movie Peaceful Warrior, starring Scott Mechlowicz and Nick Nolte. She stars as Melissa in the 2008 independent film Seventh Moon. In 2011, Smart joined the Showtime drama/comedy Shameless as the recurring character Jasmine Hollander. She continued to guest star in season two, which began airing January 8, 2012.