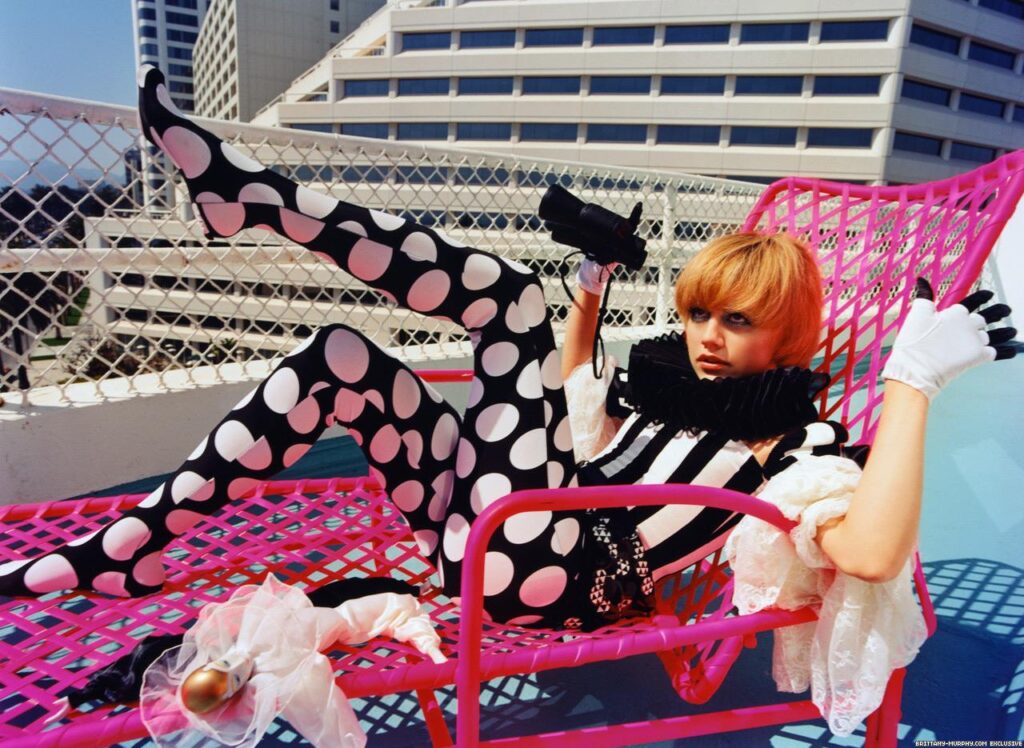 Brittany Murphy-Monjack (born Brittany Anne Bertolotti; November 10, 1977 – December 20, 2009), known professionally as Brittany Murphy, was an American film and stage actress, singer, and voice artist. Murphy, a native of Atlanta, moved to Los Angeles as a teenager and pursued a career in acting. Her breakthrough role was in Amy Heckerling’s Clueless (1995), followed by supporting roles in independent films such as Freeway (1996) and Bongwater (1998).

She made her stage debut in a Broadway production of Arthur Miller’s A View from the Bridge in 1997, and then appeared in James Mangold’s drama Girl, Interrupted (1999), as well as the satire Drop Dead Gorgeous (1999).

The 2000s saw Murphy with roles in Don’t Say a Word (2001) alongside Michael Douglas, and alongside Eminem in Curtis Hanson’s 8 Mile (2002), for which she gained critical recognition. Her later roles included Riding in Cars with Boys (2001), the dark comedy crime film Spun (2002), Uptown Girls (2003) alongside Dakota Fanning, Sin City (2005), and Happy Feet (2006). Murphy also voiced Luanne Platter on the animated TV series King of the Hill. Her final film, Something Wicked, was released in April 2014.