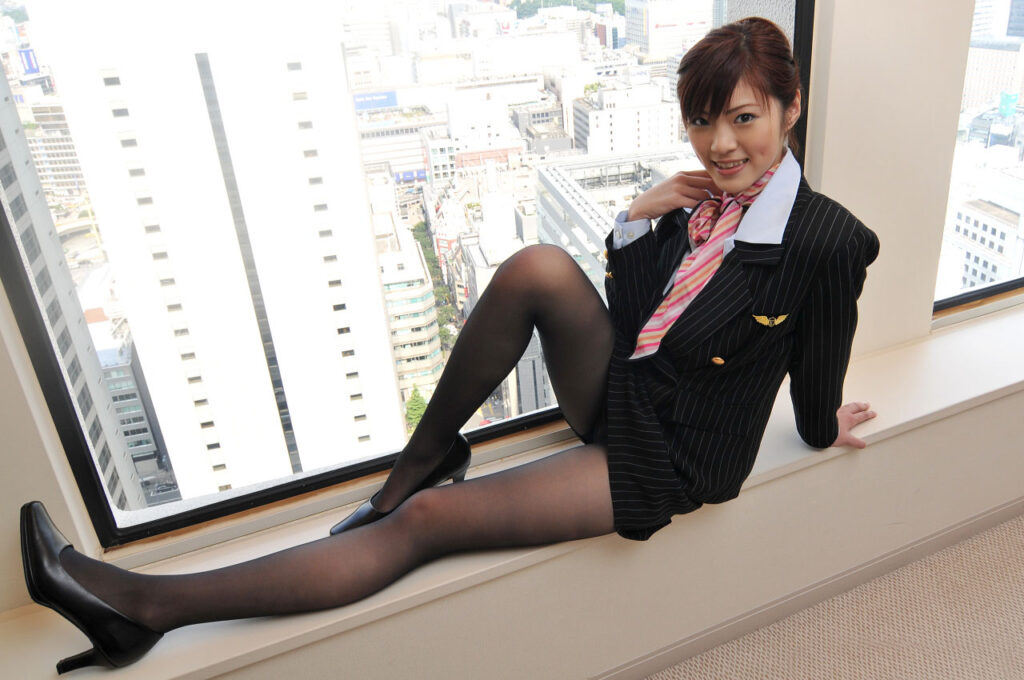 After a pretty miserable string of missed flight connections from the USA to London and then Norway I was feeling pretty pissed of with everything!

It was only the flash of stocking tops and suspenders on one of the pretty air stewardesses who was seated opposite me during take off and landing that made the whole flight bearable!

Once we had taken off, having caught the flash, it was pretty obvious through her tight skirt that she was wearing stocking due to the visibility of her suspender clips. I was constantly distracted from the film being shown, but still I gave to me a good excuse to ask for another beer!

Here’s to the ladies of BA!

– Once on a BA flight the attendant, an Asian, brushed against my arm and I felt a bulging suspender clasp. I never got to see her stocking tops but just the thought of an Asian in stockings got me really excited…

– I’m a BA girl and I love wearing stockings to work. And don’t think for a minute that women don’t know when you’re looking at their legs, boys. Even the slightest, most surreptitious of glances is all it takes!

We know, don’t you worry.

One day when I was serving from the drinks’ trolley on a transatlantic flight, I deliberately kept my suspender clips pressed against this elderly gent’s hand. He was blushing all over! Poor chap! Bless him. Bet he enjoyed it, though…

– My brothers’ girlfriend works as a stewardess on the Irish airline Aer Lingus. She told me that she wears hold-ups ALL THE TIME and wouldn’t dream of wearing pantyhose/tights as they’re too uncomfortable (I nodded in agreement of course).

She also told me that lots of the other stewardesses wear them too and some even wear nylons with a garter/suspender belt as their hold-ups often fall down.

You can imagine me listening to this great piece of news can’t you? I was on *cloud nine*. (sorry)

Go girls, we love ya!

Why don’t you show more older ladies day in their sixties and seventies showing their stockings and suspenders and undergarments.

Love to see older women dressed like this. That’s why I used appreciate my Mum’s views.