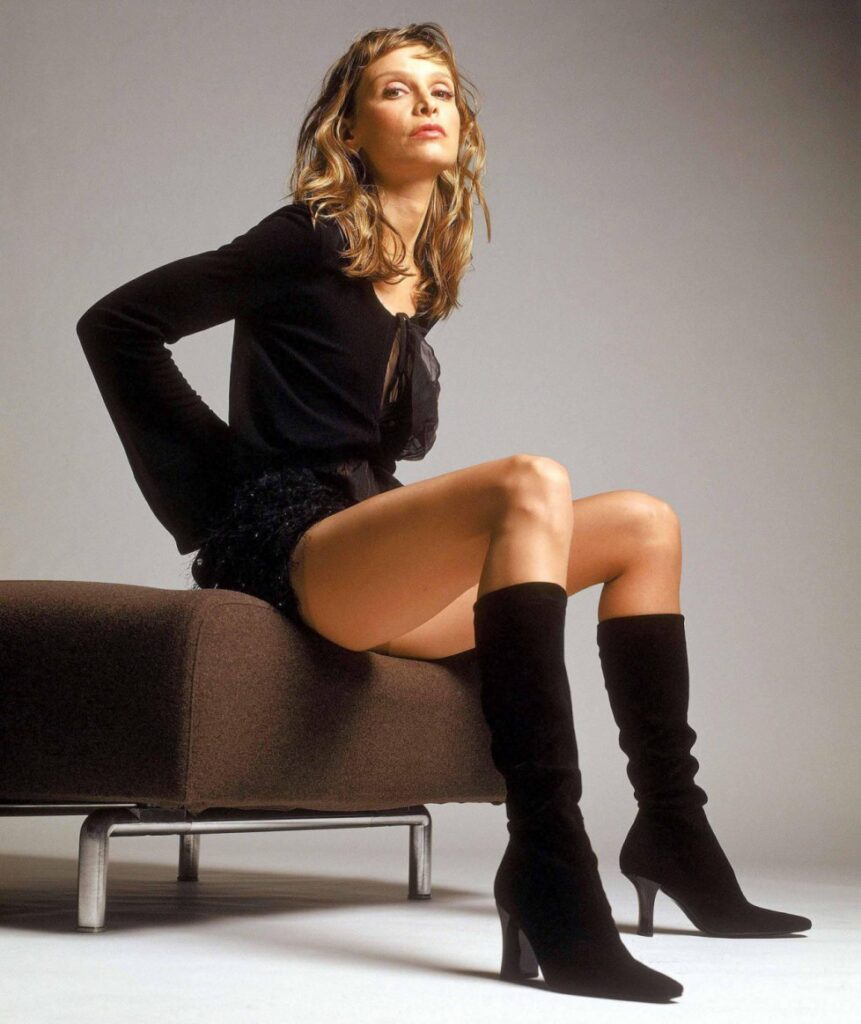 Calista Flockhart was born in Freeport, Illinois, the daughter of Kay, an English teacher, and Ronald Flockhart, a Kraft Foods executive. Her parents are retired and live in Morristown, Tennessee. She has one older brother, Gary. Her mother, Kay Calista, reversed her own first and middle names in naming her Calista Kay.

Because her father’s job required the family to move often, Flockhart and her brother grew up in several places including Illinois, Iowa, Minnesota, New Jersey, and Norwich, New York. As a child, she wrote a play called Toyland which she performed to a small audience at a dinner party.

Flockhart attended Shawnee High School in Medford Township, New Jersey. Following graduation in 1983, Flockhart attended the Mason Gross School of the Arts at Rutgers University in New Brunswick, New Jersey. While there, she attended a specialized and competitive class, lasting from 6:00 a.m. to 6:00 p.m. In her sophomore year at Rutgers, Flockhart met aspiring actress Jane Krakowski, the best friend of her roommate. Later, they both would work together on Ally McBeal.

People began recognizing Flockhart’s acting ability when William Esper (Mason Gross’ theatre director and Flockhart’s acting teacher) made an exception to policy by allowing Flockhart to perform on the main stage. Though this venue usually is reserved for juniors and seniors, Harold Scott insisted that Flockhart perform there in his production of William Inge’s Picnic. Flockhart graduated with a Bachelor of Fine Arts degree in Theatre in 1988 as one of the few students who successfully completed the course. Rutgers inducted her into the Hall of Distinguished Alumni on May 3, 2003.

Flockhart moved to New York City in 1989 and began seeking auditions, living with three other women in a two-bedroom apartment and working as a waitress and aerobics instructor. She would remain in the city until 1997.