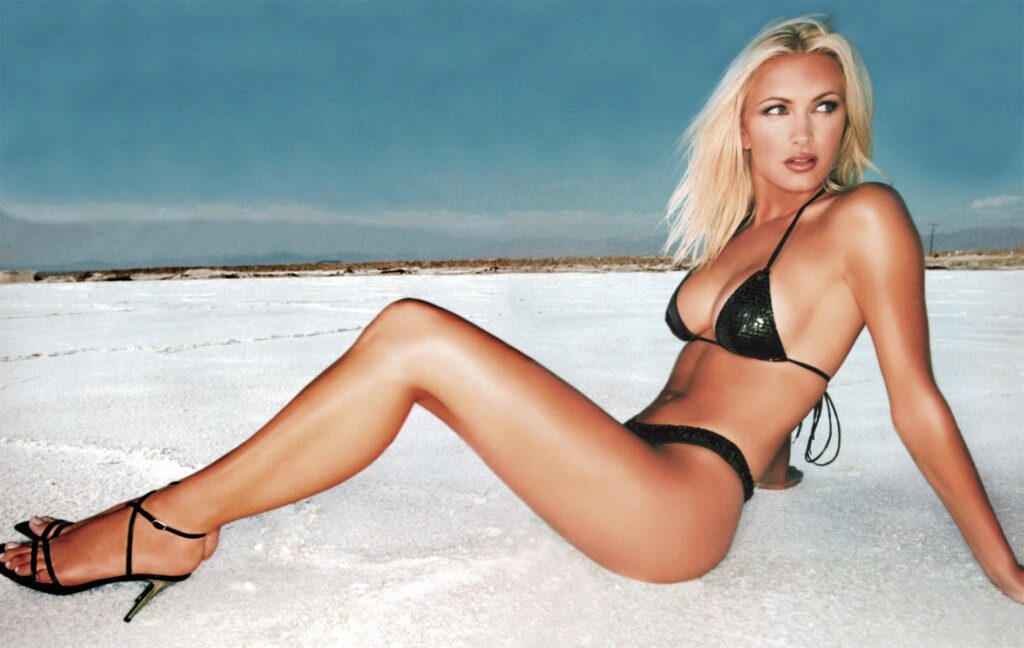 Caprice Bourret has appeared on more than 250 magazine covers which have included Vogue, GQ, Cosmopolitan, Esquire, Maxim, FHM and the Swimsuit Issue of Sports Illustrated. She was named the world’s sexiest woman by the News of the World, GQs Woman of the Year and Maxims International Woman of the Year for three consecutive years. She has been featured in television ad campaigns for Diet Coke and Pizza Hut.

In 2000, Bourret entered into a licensing agreement with one of the UK’s leading department stores, Debenhams, for the use of her name on a lingerie range. Six years later, she bought back the license and subsequently founded By Caprice Products, selling internationally to retailers and department stores. She designs, models, and markets lingerie, swimwear, and sleepwear.In 2010, Bourret launched Bedding By Caprice. Bourret has given speeches at business events about the development of her own business, and on topics of general business interest.

Film and television
Caprice starred in the film Hollywood Flies, Nailing Vienna  and Jinxed In Love, all produced for HBO. She also appeared in the British soap operas Hollyoaks and Dream Team and comedy show Hospital. In 1998, Bourret hosted another British television series, Caprice’s Travels. The show followed Bourret’s tour through several major holiday destinations. Bourret has appeared on Friday Night’s All Wright and several award shows, including the European MTV awards and the World Music Awards, the British National Television Awards in 1996, 1997 and 1998, and several series for the television channels VH1 and E! Entertainment Television. In 2000, she featured in the Channel 4 documentary Being Caprice, in which a hidden camera recorded her life for ten days. Also that year, she hosted an evening at The Oscars and the red carpet event for the American Music Awards both of which were broadcast live on ABC Network.

In early 2005, she appeared on the British reality television show Celebrity Big Brother. She continued to make appearances on its companion show Big Brother’s Little Brother until 2010.

Bourret was a cast member on the fifth season of the VH1 reality series The Surreal Life and appeared in other reality shows including Celebrities Under Pressure, Celebrities Disfigured, Three Celebrities and a Baby, and Road Raja.

In June 2006, she starred in the British independent movie Perfect Woman. This followed an earlier appearance in the film The Man with Rain in His Shoes alongside Penélope Cruz.

In 2007, Bourret was a judge on Sky 1’s Project Catwalk and Britain’s Next Top Model. Three years later she was head judge on TV3’s show Style Wars in Ireland.

On November 13, 2008 she came joint second with Jimmy Osmond in a Celebrity Come Dine with Me episode that also featured Nicky Clarke and Nancy Sorrell. In January 2013, Bourret was announced as one of the fifteen contestants participating in the British reality diving show, Splash!. In June 2014, Bourret appeared as a main cast member on Bravo reality series Ladies of London. Bourret appeared on Who’s Doing the Dishes? in October 2014.