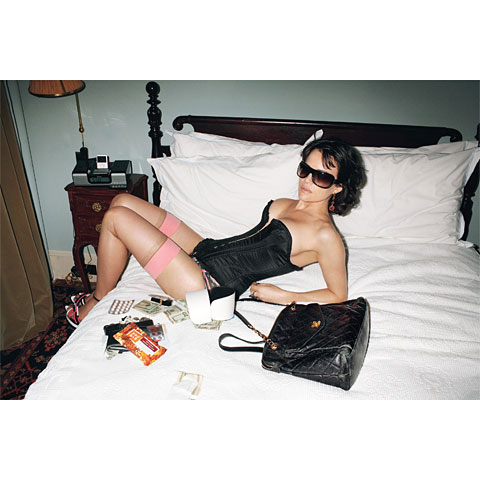 Carla Gugino‘s television work during the late 1980s and early 1990s included appearances on Saved by the Bell, Who’s the Boss?, ALF, Doogie Howser, M.D., The Wonder Years and a recurring role on Falcon Crest.

In film, Gugino appeared in the Shelley Long film, Troop Beverly Hills and co-starred with Pauly Shore in the 1993 romantic comedy Son in Law. She later appeared in the video to Bon Jovi’s 1994 song “Always”.

In 1995, Gugino appeared as Nan St. George (later the Duchess of Trevenick) in the BBC miniseries The Buccaneers an adaptation of Edith Wharton’s last novel.

After playing Michael J. Fox’s love interest, Ashley Schaeffer, during the first season of the sitcom Spin City in 1996, Gugino starred with Nicolas Cage in Brian De Palma’s Snake Eyes, and in Judas Kiss, which she also co-produced. She appeared as Dr. Gina Simon during the 1999–2000 final season of Chicago Hope.

In 2001, she appeared as family matriarch Ingrid Cortez in the first Spy Kids film (as well as the film’s two sequels in 2002 and 2003). That same year she appeared as Jet Li’s love interest in the martial arts action thriller The One.

She starred in two short-lived TV series: ABC’s Elmore Leonard crime drama Karen Sisco in 2003, and CBS’s science fiction series Threshold in 2005. That same year, Gugino appeared as Lucille in the feature film adaptation of Frank Miller’s graphic novel, Sin City. The following year, she appeared in the movie Night at the Museum.

Gugino appeared in the Roundabout Theatre Company play After the Fall opposite Six Feet Under’s Peter Krause. In late 2006, she appeared in an Off-Broadway production of Tennessee Williams’ Suddenly Last Summer opposite Blythe Danner.

Gugino appeared as Amanda, Vincent Chase’s agent, in a dozen episodes of the cable television series Entourage. Gugino appeared nude in the May 2007 issue of Allure. That same year she appeared in the action-horror film Rise: Blood Hunter and the feature film American Gangster. The following year, she played the female lead in the thriller Righteous Kill, opposite Robert De Niro and Al Pacino.

Gugino starred in Chicago’s Goodman Theater production of Eugene O’Neill’s Desire Under the Elms from January 17 to February 17, 2009, in the role of Abby. Charles Isherwood of The New York Times praised Gugino’s performance, saying, “Ms. Gugino displays a depth and range of expression that I cannot imagine any other actress achieving with such blazing honesty and wrenching truth. She is simply magnificent.” During the first three months of 2009, three feature films premiered featuring Gugino: the thriller The Unborn, the film Watchmen, in which she played Sally Jupiter, and the adventure remake Race to Witch Mountain, in which she starred opposite Dwayne Johnson. That April, she received an Outer Critics Circle Award nomination for Outstanding Actress In a Play for her performance in Desire Under the Elms. Later in November of that year, she appeared as a pornographic actress in the comedy film Women in Trouble, which spawned a sequel in 2010, Elektra Luxx, titled after her character.

In 2011, Gugino appeared as Madame Vera Gorsky in Zack Snyder’s action-fantasy film Sucker Punch alongside Abbie Cornish and Emily Browning. Gugino sang a duet with co-star Oscar Isaac, which appeared in the end credits and in the film’s soundtrack. She also guest starred on the fourth season of Californication as Abby Rhodes, Hank Moody’s attorney and love interest.

In the mid-2012, Gugino had a lead role as Susan Berg, a Washington D.C. investigative reporter, on the USA Network’s miniseries Political Animals.