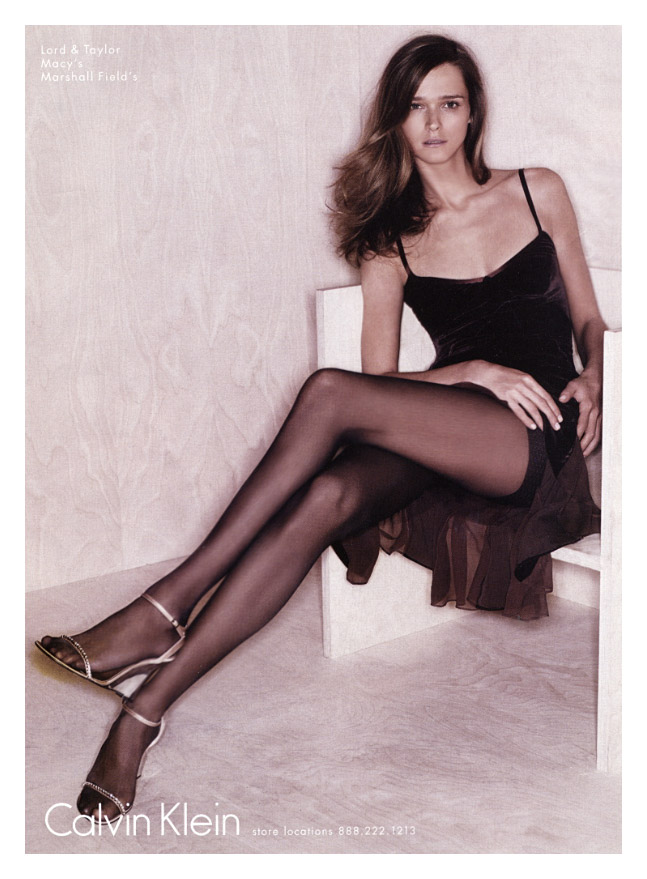 When Carmen Kass was 14-year-old, she was discovered in a supermarket by a model scout from Milan. Her first venture into the modelling world was unsuccessful, and Kass left Milan after a short time.

Kass then moved to Paris at the age of eighteen. She soon received exposure by appearing on the covers of American, Paris, UK, Italia Vogue, Australian Elle, UK Image, Madame Figaro, and French Numéro. Kass’ first Vogue cover was French Vogue in November 1997.

Her career was launched by Anna Wintour and by 1999, Kass was walking the runway for diverse top designers such as Marc Jacobs, Michael Kors, Calvin Klein, Ralph Lauren, Donna Karan, and Dolce & Gabbana, and posing in advertisements for designers and brands like Calvin Klein, Chanel, Gucci, Donna Karan, Dsquared2, Versace, Givenchy, Fendi, Max Mara, Valentino, Ralph Lauren, Narciso Rodriguez and even General Motors. She also appeared in a Gap denim advertising campaign and was a spokesperson for Revlon cosmetics, Sephora, and the Christian Dior perfume, J’adore. In 2007 alone, Kass booked ten campaigns with notable designers for spring/summer collections. From 2007 onwards, she became the model and spokesperson for Max Factor.

Kass was the muse of Michael Kors, and the face of the brand for 10 consecutive years. Kass has been also the spokesperson of Narciso Rodriguez For Her Fragrance and its various limited editions for 15 consecutive years to date.

Kass was awarded by Vogue as “Model of the Year” at the 2000 VH1/Vogue Fashion Awards. Kass is well known for her distinctive runway walk in the fashion industry. Despite her height, her feet are relatively small (about an American size seven).