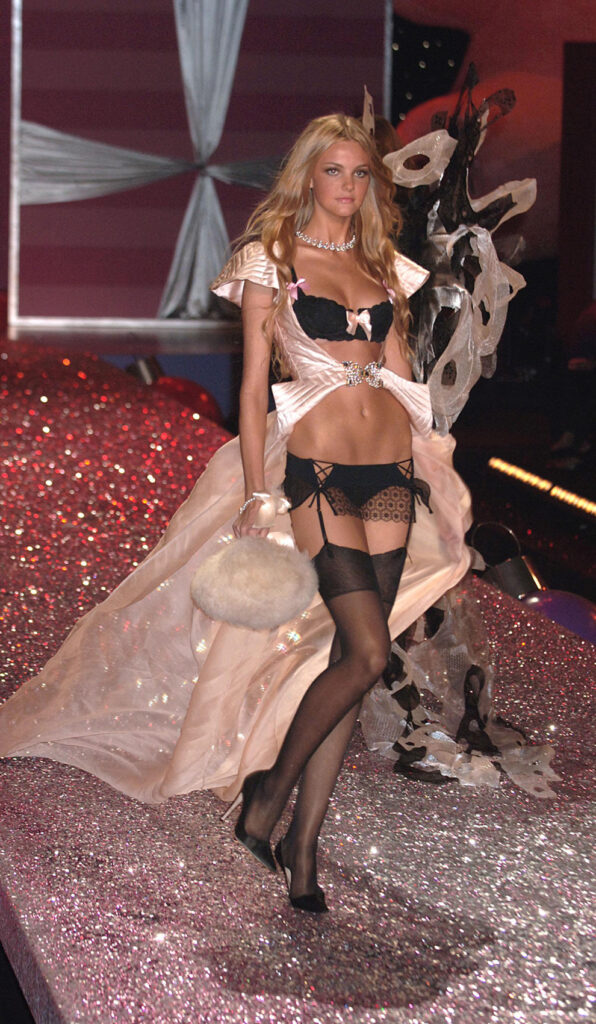 In 2000, Caroline Trentini was discovered walking down a street in her hometown by an agent, the same one who scouted Gisele Bündchen, and soon afterward she moved to São Paulo, a common destination for young Brazilian models. Her modeling career immediately took off, and after a year, Trentini moved again, this time to New York City. She did not speak English but quickly learned the new language. Trentini’s breakthrough came when designer Marc Jacobs cast her in his Marc by Marc Jacobs ad campaign, photographed by Juergen Teller.

She has appeared on the covers of magazines ELLE, Harper’s Bazaar and Vogue, among others.

In 2007, she was the face of Gucci Cruise, Oscar de la Renta, Dolce & Gabbana Animelier, DSquared² and Mulberry. Currently, she is the face on DKNY and Carlos Miele.

In the May 2007 issue of American Vogue she was featured on the cover with fellow models: Doutzen Kroes, Jessica Stam, Raquel Zimmermann, Sasha Pivovarova, Agyness Deyn, Coco Rocha, Hilary Rhoda, Chanel Iman, and Lily Donaldson as the “World’s Next Top Models.” In 2008 casting agent James Scully, who is responsible to pick which model is to score a spot on top runways, says in regards to Trentini:

Perfect body. Always full of energy, always happy, and I have not met a better walker since Carmen Kass. She can model anything.

Trentini made her Victoria’s Secret Fashion Show debut in 2005 and also walked the show in 2006 and 2009. In early 2015 Carol Trentini was hired to be the top model of CARRANO, high end top fashion women footwear manufacturer from Brazil (http://www.carrano.com.br & http://www.carranousa.com), for the 2016 Spring Summer and Fall Winter seasons.