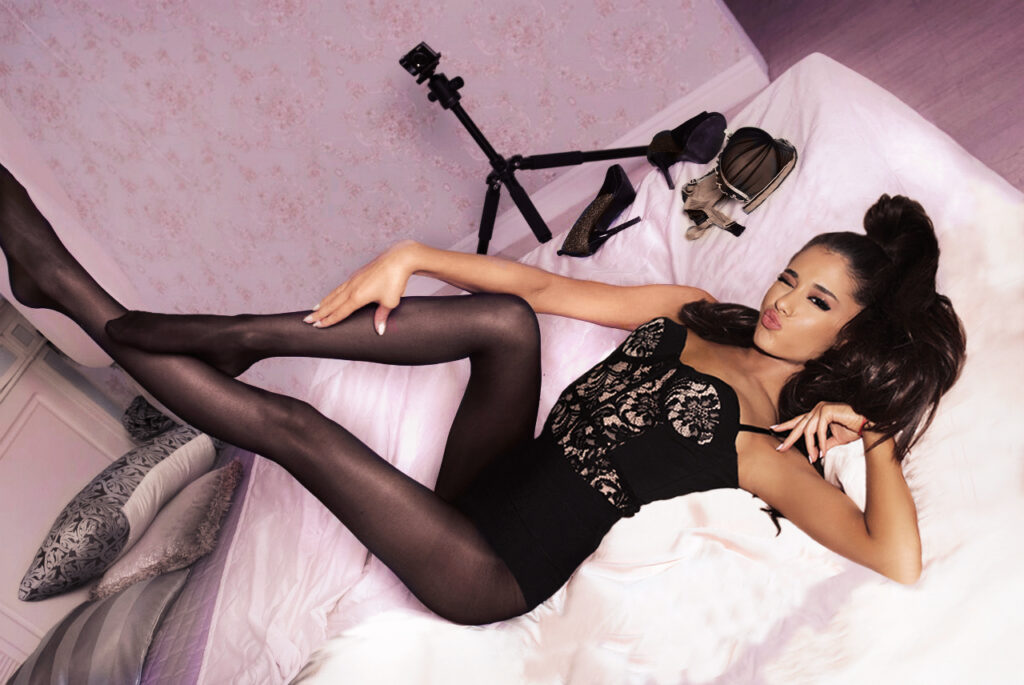 Ariana Grande-Butera (born June 26, 1993), known professionally as Ariana Grande, is an American singer and actress. She began her career in the Broadway musical 13, before landing the role of Cat Valentine on the Nickelodeon television series Victorious in 2009. After four seasons, the show ended, and Grande starred on the spinoff, Sam & Cat, which ended in 2014. She has also appeared in other theatre, television and film roles and lent her voice to animated television and films.

Grande’s music career began with the soundtrack Music from Victorious (2011). She signed a recording contract with Republic Records and released her debut studio album Yours Truly in 2013, which debuted at number one on the US Billboard 200. The album’s lead single, “The Way”, reached the top-ten of the Billboard Hot 100, with critics comparing her wide vocal range to Mariah Carey’s.

Grande’s second studio album, My Everything (2014), also reached number one in the United States and charted well in various other countries. With the singles “Problem”, “Break Free”, “Bang Bang” and “Love Me Harder” from that album, she spent 34 continuous weeks in the top 10 of the Billboard Hot 100 and had the most top 10 singles of any artist in 2014. In 2015, Grande promoted My Everything with her first world tour, The Honeymoon Tour, and guest-starred in the Fox comedy horror television series Scream Queens. She also released the single “Focus”, released a holiday EP album, Christmas & Chill, and was heard on several collaborative projects. In March 2016, she released “Dangerous Woman”, the lead single from her upcoming third studio album of the same name. The album is set to be released in May 2016. The song debuted at No. 10 on the Billboard Hot 100, making Grande the first person in the history of that chart to have the lead single from each of her first three albums debut in the top 10.