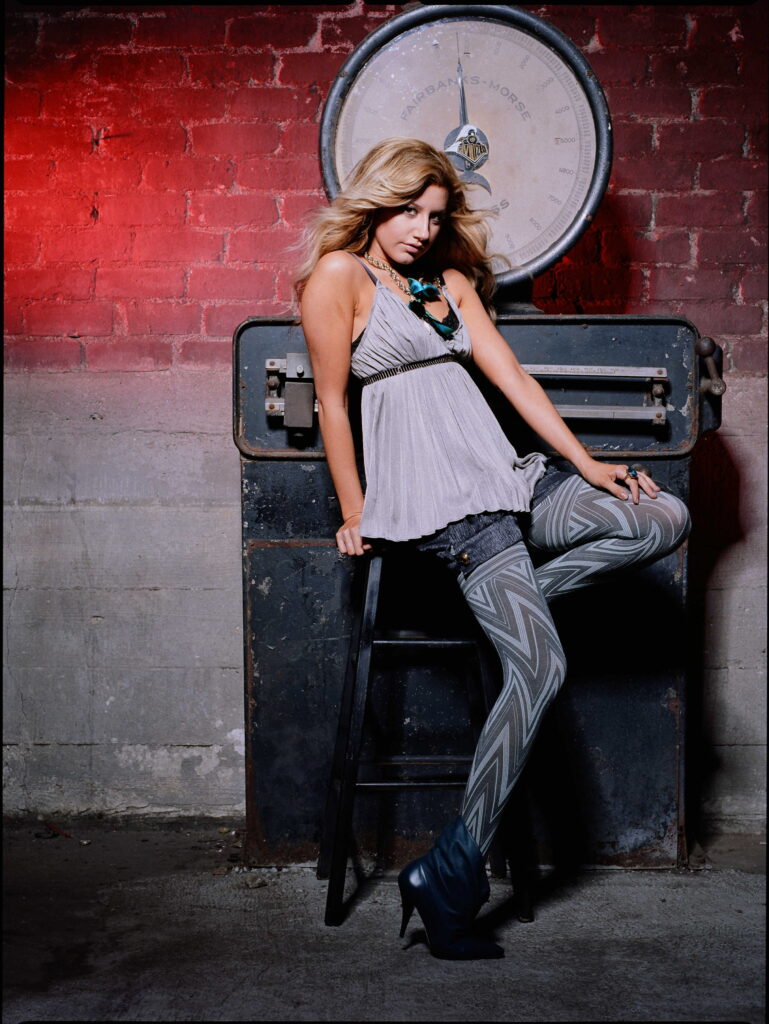 Ashley Michelle Tisdale (born July 2, 1985) is an American actress, singer, and producer. During her childhood, she appeared in more than 100 TV advertisements and had roles in theatre and television shows. In 2004, she was cast as Maddie Fitzpatrick in Disney Channel’s The Suite Life of Zack & Cody, and rose to prominence in 2006 as Sharpay Evans in the television film High School Musical. The High School Musical series included three films and the spin-off Sharpay’s Fabulous Adventure (2011). Tisdale’s resultant popularity led her to sign a record deal with Warner Bros. Records in 2006. Her debut album, Headstrong (2007), was certified gold by the Recording Industry Association of America (RIAA) and features the single “He Said She Said”. Two years later, Tisdale released her second studio album, Guilty Pleasure. In 2013, she announced plans to make music again and confirmed that she has been recording her third studio album.

From 2007 until 2015, Tisdale voiced Candace Flynn in Disney Channel’s three-time Emmy Award-winning animated series Phineas and Ferb. The cartoon quickly became the television’s most-watched animated series among kids and tweens and has received critical acclaim. Her other roles have included Savannah Monroe in The CW’s television drama series Hellcats (2010–11), Jody Sanders in Scary Movie 5 (2013) and the title character of Hub Network’s animated series Sabrina: Secrets of a Teenage Witch (2013–14), for which she received a Daytime Emmy Award nomination in 2014.

Besides acting and singing, Tisdale has ventured into producing. After forming a production company in 2008, she began working as the executive producer on films and television series including the ABC Family television film Picture This (2008), the unscripted series Miss Advised (2013), and the comedy series Young & Hungry (2014).