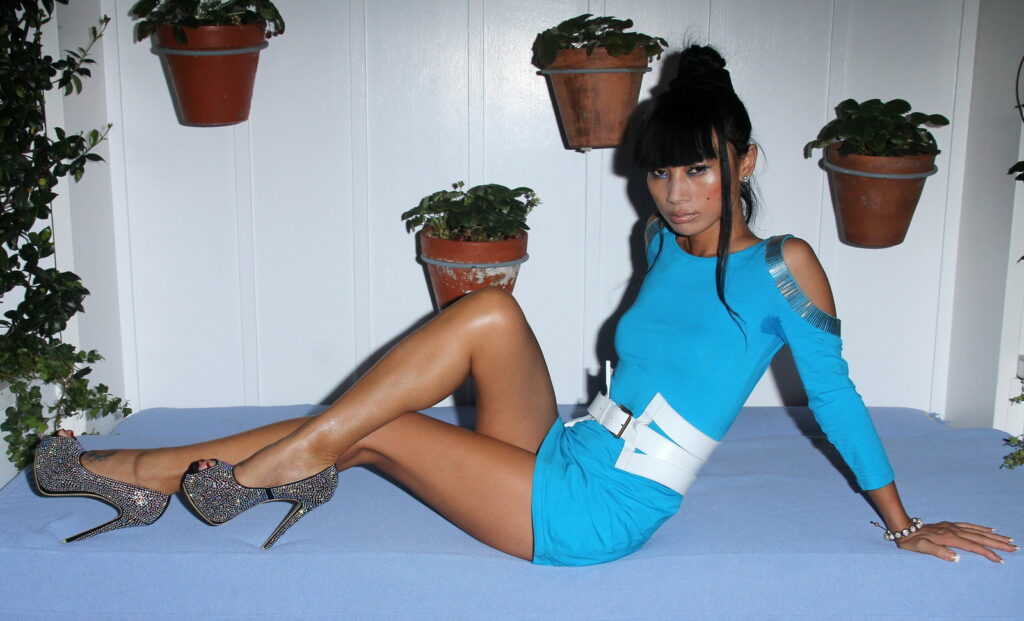 Bai Ling began her acting career in China, appearing in several Chinese feature films. In 1984, she made her film debut as a fishing village girl in the movie On the Beach (海滩). Later she filmed several other movies, including Suspended Sentence (缓期执行), Yueyue (月月), Tears in Suzhou (泪洒姑苏) without much attention. She became famous after playing a girl with a psychological disorder who has an affair with her doctor, in the film The Shining Arc (弧光) directed by Zhang Junzhao (张军钊), her most highly acclaimed role in the Chinese film industry. In 1991, Bai moved to the United States, where she appeared in a number of American films and television shows.

Bai’s first major American film role was in The Crow (1994), where she played the half-sister/lover of the main villain, Top Dollar. In 1997, she played the lead female role, opposite Richard Gere, in the American film Red Corner. The New York Times praised Bai Ling’s performance, saying that she gave the film “not only grace but also substantial gravity”. For her role in Red Corner, she received the National Board of Review Freedom for Breakthrough Female Performance and the San Diego Film Critics Society Award for Best Actress. The film was critical of human rights abuse in China, and as a result, Bai Ling’s Chinese citizenship was revoked. She later became a US citizen.

Bai was named one of People’s “50 Most Beautiful People in the World” in 1998. She shaved off her hair, which was longer than 36 inches (90 cm) for her role in Anna and the King, and is widely known in Thailand as “Tuptim”, her character’s name from the film, even though the movie is officially banned because of its depiction of the King of Siam. She filmed scenes for Star Wars: Episode III – Revenge of the Sith (2005) as Senator Bana Breemu, but her role was cut during editing. She claimed that this was because she posed nude in the June 2005 issue of Playboy magazine, whose appearance on newsstands coincided with the movie’s May 2005 release, but director George Lucas denied this, stating that the cut had been made more than a year earlier. Her scenes were included in the “deleted scenes” feature of the DVD release.

In 2004, Bai starred in independent filmmaker Fruit Chan’s Dumplings and the performance earned her the Hong Kong Film Award for Best Supporting Actress. In the same year, she has been critically accaimed for her performance in another independent movie, The Beautiful Country, with Nick Nolte, by Hans Petter Moland.

Later in 2005, Bai was member of the official jury at the 55th Berlin International Film Festival. Off the screen she was a cast member on the VH1 program called But Can They Sing?. Also in 2005, Bai guest-starred in season 2 of Entourage, in which she played a lover of Vincent Chase (Adrian Grenier).

In 2007, she starred as Coco in the film adaptation of the controversial Chinese contemporary novel, Shanghai Baby, which premiered at Cannes Film Festival, and also guest-starred in one episode (“Stranger in a Strange Land”) of the show Lost. Since 2007, she has appeared in a number of films including Love Ranch, Crank: High Voltage and A Beautiful Life, although she became more well known for her red carpet appearances and outrageous fashions

In 2013, Bai enjoyed a career resurgence with the movie The Gauntlet, which earned her the Best Actress awards at the Los Angeles Cinema Festival of Hollywood and at 2014 Asians On Film Festival. Also, for Speed Dragon she received the Best Feature Film Award at the New York International Independent Film & Video Festival. In late 2014 Bai starred along with David Arquette in The Key, Jefery Levy’s adaptation of the novel by Nobel Prize laureate Junichiro Tanizaki. In October 2014, Bai Ling was a member of the jury in the “India Gold 2014” section of the Mumbai Film Festival.