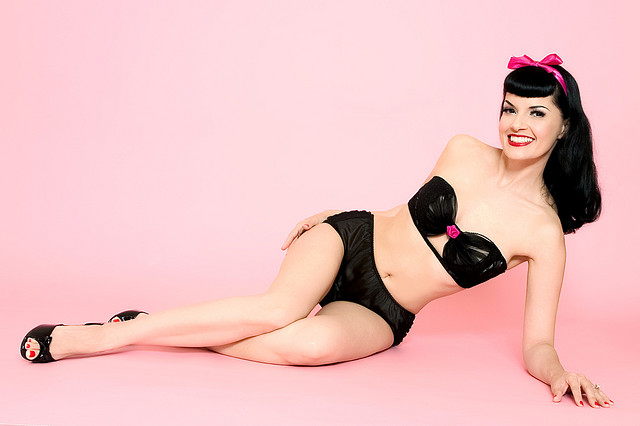 Bernadette Souza was born in Camp Hill, Pennsylvania to Joe, a retired sailor from the Philippines, and Sherry. When she was 19, she won Miss Teen San Diego County and initially pursued a career in acting and modelling. It was on a shoot in 2002 that Dexter, at the age of 32, was photographed herself by Danielle Bedics. She entered the photographs in the Viva Las Vegas pin-up contest, receiving such a positive response that she decided to make pin-up modelling her career focus.
Dexter was the subject of a painting by Olivia De Berardinis, an artist well known for her Bettie Page artwork and calendars. Olivia painted Bernie with strawberry-blonde hair, though Dexter typically sports Bettie Page‘s jet-black hair and trademark cropped bangs.

In 2009, Bernie Dexter turned her love for vintage clothing into her own clothing line, the styles are 1940s and 1950s inspired.

Dexter is married to Levi Dexter, former lead singer of 1970s rockabilly band Levi and the Rockats. Her husband is her regular photographer.