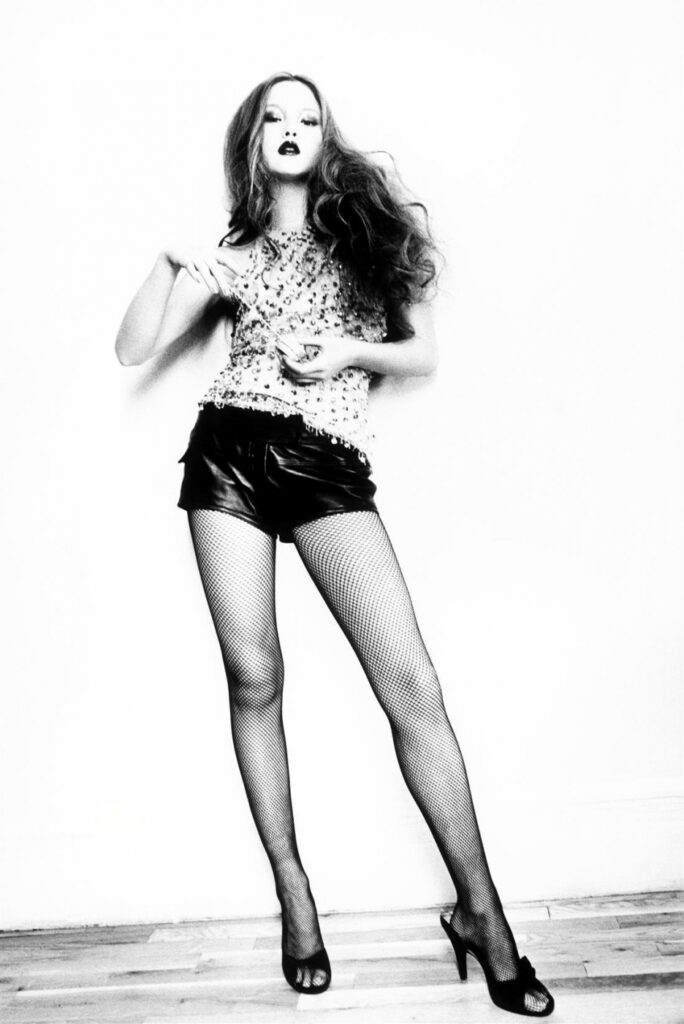 Devon Aoki was born in 1982 in New York City, and grew up in California and London, attending high school at The American School in London. Her Japanese father, Hiroaki “Rocky” Aoki, a former wrestler, was the founder of the Benihana restaurant chain and owned it until his death on July 10, 2008. Her mother, Pamela Hilburger, is a jewelry designer and a painter of German and English heritage. She is the half-sister of DJ and record producer Steve Aoki.

She started modeling when she was 13, the same year Aoki was introduced by her godmother to Kate Moss, who would later take the young model under her wing. She was signed to Storm Model Management at age 14. In 1998, at the age of 16, Aoki replaced Naomi Campbell as the face of Versace.

Early in her career, Aoki made cameo appearances in several music videos, including Duran Duran’s “Electric Barbarella”, Primal Scream’s “Kowalski” (with Kate Moss), Elton John’s “Something About the Way You Look Tonight” and Ludacris’ “Act a Fool”. Music from the latter video was featured in the soundtrack of 2 Fast 2 Furious, in which both Ludacris and Aoki appeared. In 2007, she made an appearance in The Killers’ video “Bones”. Aoki has made a cameo appearance in the short films accompanying the Sean Lennon album, Friendly Fire. She also played Anna in Rosencrantz and Guildenstern Are Undead. Aoki reprised her “Bones” character in a brief scene on the music video “Just Another Girl” in 2013.

Her acting career includes films like 2 Fast 2 Furious, D.E.B.S., Sin City, Dead or Alive, War and Mutant Chronicles. She did not have her driver’s license prior to filming 2 Fast 2 Furious and had to learn to drive during filming. She was cast as Tatsu Yamashiro in Arrow season 3, but was replaced by Rila Fukushima due to a scheduling conflict.

Aoki has joined L.A.’s International Creative Management for representation and The Firm for management, and has been on the cover of I-D magazine three times. She was also the face of Lancome cosmetics for four years. Aoki posed for Singaporean photographer Leslie Kee for Kee’s 2006 charity photo-book “Super Stars”, dedicated to the victims of the 2004 Asian tsunami disaster, which consists of photographs of 300 Asian celebrities by Kee. The same year, Aoki posed for photographer Marc Baptiste’s book Nudes wearing a dress. In September 2007, it was announced she was designing a jeans line for Levi’s Asian market. Aoki made a return to the runway, walking for the Chanel Pre-Fall 2008 show in London and the couture show in Paris where she was the bride. She is signed to 1/One Management New York, d-Management (Milan), and City (Paris).