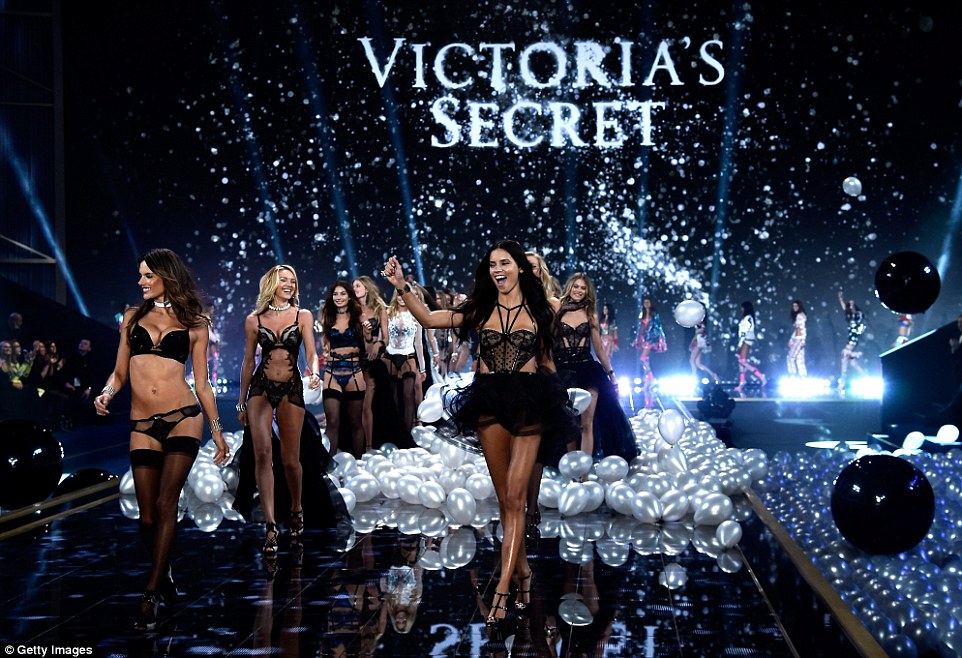 – I recently bought my wife a pair of Victoria’s Secret FF nylons from their semi-annual sale. She wore them last night in the bedroom and I found them to be the sexiest thing. I asked her if she would ever wear them outside and she replied that she probably would not because they seem a little risque. Now I’ll put this question out there. Why, while I am satisfied with her wearing the stockings in bed, do I just still have a desire to have her wear them in public? Why does it turn me on when I know she wears stockings in public, regardless of whether or not I’m there with her? I know I’m lucky just to have found someone who will indulge my stocking fetish in bed… Am I being too selfish to want more? I would appreciate any feedback. Thanks.

– As a relatively new stocking wearer, I can tell you, your wife may not feel up to wearing stockings outside just yet, but give her time I think eventually she will. Suggest to her that she experiment and wear the stockings around the house, and she may get used to wearing them so much that she will eventually wear them outside the house. Don’t pressure her in any way, just give her freedom of choice and suggest things and then let her have plenty of time to think it through. Knowing she has freedom to decide on her own may motivate her to eventually wear the stockings outside the house.

I find that I like to wear my stockings right up to the top of my thighs, as this is where I find them most comfortable. Your wife will need to decide what feels most comfortable to her, but the higher the stockings are on her thighs, the less the risk of exposing a garter or stocking top. Let her know you love HER no matter what she wears as the most important thing in your marriage is you love her for herself! The stockings and her willingness to wear them are a blessing from God.

– I’m another fairly recent convert to stockings. I wear both FFs and RHTs, but prefer FFs.

Your wife’s reluctance may be simply due to the newness of the whole thing. It took me a while to get comfortable with FF stockings – knowing I had seams running up my legs for all to see – but I decided to throw caution to the wind and just go for it. (if others have an issue with it, that’s their problem)

Perhaps with time your wife will come around. You might want to look into ordering her some RHTs – Reinforced Heel & Toe. These are seamless and look to the average bear like pantyhose. Only your wife would know that they are actually stockings. See if that gets her to thinking about it.

Your wife’s personal comfort level may be such that she will never feel right about wearing them outside the house. It could be a level of self-consciousness or it could be that she distrusts the underpinnings and doesn’t want to get caught in a small stockings disaster. There’s not much to be done if your wife truly feels self-conscious. But if it turns out to be fear of slipping stockings, a good garterbelt could make all the difference. Hell, maybe even a girdle would be the winning combo. It was for me!

– I had the same problem with my wife. Although she loves stockings, she wouldn’t wear them outdoors because of the risk of exposing herself. Well, partially thanks to this site and my talking her into the elegance and sexiness of wearing stockings, she’s now coming round to the idea of wearing suspender belts with stockings. She has always worn hold-ups regularly, but now she feels this new thing about nylons. I recently bought her a pair of Gerbe FFs and she’s delighted with them. The secret to this is that you have to be very understanding and have tons of patience.

– I initially had the same problems, I thought that everyone was looking at me on the street. But stockings were meant to worn as any other type of undergarment – it just takes a little longer to get everything right. A long skirt, good suspenders and a good grip on the stockings should result in a higher level of confidence. For me now it is just another garment, put them on carefully and that is it.

Length is important. If the stockings are too short, they will want to move down, pull on the straps, and will feel very uncomfortable. My advice is to buy them as long as possible. If they are too long, just double over the welts (to the outside) and the stocking tops will be where you want them. Most of my stockings are extra long and they feel very comfortable once the welts have been correctly adjusted.

How do I get my wife to wear RHT stockings?
previous post