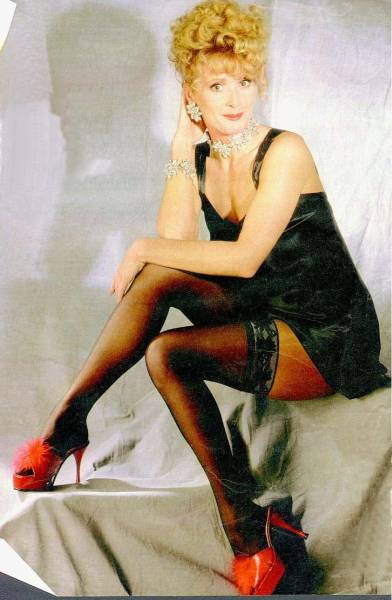 Beverley Jane Moxon was born in Morley, West Riding of Yorkshire on 28 March 1957 to Clive and Mavis Moxon. Clive was a baker and Mavis was a concert pianist. She has a younger sister called Stephanie.

She attended Elmfield and Peel Street schools in Morley, and also Bruntcliffe High School in Morley near Leeds.

At the age of seven, Callard made her acting debut as Darius the page boy. After leaving school in 1973, she took a job as a shorthand typist. She later turned to acting and appeared on stage as Jaqui Coryton in Noël Coward’s Hay Fever, Liz and Rita in Billy Liar and The Wicked Queen in Snow White.

Callard made her television debut (as Beverley Sowden) in the Yorkshire Television soap Emmerdale Farm as Angie Richards in 1983. Other roles followed, including parts in Hinge & Bracket: Dear Ladies, Hells Bells, Will You Love Me Tomorrow and The Practice.

She has released books and exercise videos called “Real Results”, “Rapid Results”, “Ultimate Results” and “Lasting Results”. She also appeared on GMTV and This Morning and has had a fitness page in the Daily Mirror.

In 2000, she played the part of Barbara in the BBC sitcom The Peter Principle.

In 2001, Callard was cast as Flo Henshaw in the BBC Three sitcom Two Pints of Lager and a Packet of Crisps and continued in the role for four years. During this time, she also guested on Sky1’s Mile High.

Between June and December 2010, Callard was a recurring panellist on ITV’s flagship show Loose Women.

She was due to appear as the Wicked Queen in the Christmas pantomime Sleeping Beauty at the Lyceum Theatre, Sheffield, from December, 2011, but had to withdraw from the production for undisclosed health reasons. She was subsequently replaced by her former Coronation Street co-star Margi Clarke.

She made her return to the stage in 2012 playing Mari Hoff in a British touring production of The Rise and Fall of Little Voice. The cast also included Jess Robinson, Ray Quinn and Joe McGann.