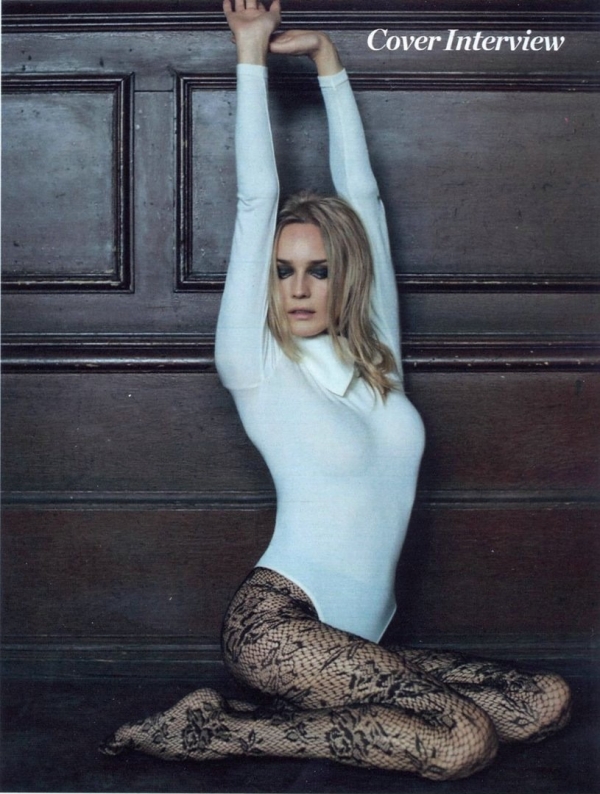 Diane Kruger (born Diane Heidkrüger; 15 July 1976) is a German actress and former fashion model. She is known for roles such as Helen in the epic war film Troy (2004), Dr. Abigail Chase in the adventure/heist film National Treasure (2004) and its sequel (2007), Bridget von Hammersmark in the Quentin Tarantino-directed war film Inglourious Basterds (2009), Anna in the sci-fi drama Mr. Nobody (2009), and Gina in the psychological thriller film Unknown (2011). She plays the Seeker/Lacey in the romantic sci-fi thriller The Host (2013). From 2013 to 2014, she starred as Detective Sonya Cross in the FX television crime drama series The Bridge.

In 1992, Kruger represented Germany in the Elite Model Look and started modelling afterwards. Despite her relatively short stature for a model, she managed to land prestigious bookings such as advertisements from Yves Saint Laurent, Chanel, Salvatore Ferragamo, Giorgio Armani, Jil Sander, Christian Dior, Burberry and Louis Vuitton; runway shows from Marc Jacobs, D&G and Sonia Rykiel as well as appearances on the cover of Vogue Paris, Marie Claire and Cosmopolitan to her modeling repertoire. She gradually stopped modelling after deciding to pursue a career in acting.