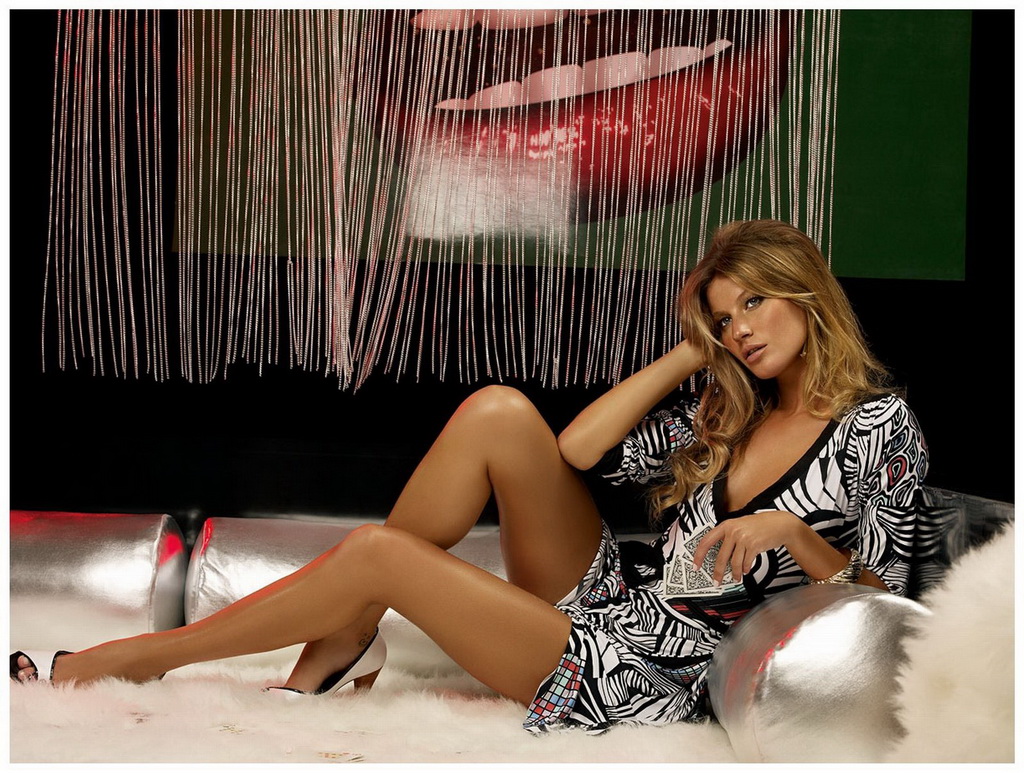 Since 2004, Bündchen has been among the highest-paid models in the world, and as of 2007 was the 16th richest woman in the entertainment industry. In 2012, she placed first on the Forbes top-earning models list. In 2014, she was listed as the 89th Most Powerful Woman in the World by Forbes.

In the late 1990s, Bündchen was the first in a wave of Brazilian models to find international success. In 1999, Vogue noted “The Return of the Sexy Model”, and she was credited with ending the “heroin chic” era of modeling. Bündchen was one of the Victoria’s Secret Angels from 2000 until mid-2007. Bündchen pioneered the “horse walk”, a stomping movement created when a model picks her knees up high and kicks her feet out in front. In a 2007 Vogue interview, Claudia Schiffer stated that Bündchen is the only remaining supermodel.

Bündchen ventured into acting when she played a supporting role in Taxi (2004), for which she was nominated at the Teen Choice Awards for Choice Movie Breakout Performance, and for Choice Movie Bad Guy. Bündchen had a supporting role in The Devil Wears Prada (2006), and from 2010 to 2011, she was the executive producer of an educational environmental cartoon, Gisele & the Green Team.

Bündchen married New England Patriots quarterback Tom Brady in 2009. She supports many charities including Save the Children, Red Cross and Doctors Without Borders, as well as dedicating time to environmental causes. She is the Goodwill Ambassador for the United Nations Environment Programme.

Bündchen appeared on the book covers of Mario de Janeiro by Mario Testino and a Russell James retrospective. Also that year Time said she was “one of the few runway models whom straight men can name”. For spring 2000 fashion week she opened Marc Jacobs, Michael Kors, Dolce & Gabbana, Christian Dior, and Valentino shows in New York, Milan and Paris. From 1998–2003, Bündchen was in every Dolce & Gabbana fashion campaign, totaling 11 consecutive campaigns with the brand. In 2006–2009, she returned as the face of the brand’s fragrance, in a campaign titled “Dolce & Gabbana The One”.

In 2000, Bündchen wore the most expensive Victoria’s Secret Fantasy bra of all time, the “Red Hot Fantasy Bra”, worth $15 million and listed in Guinness World Records as the most expensive lingerie ever created. In February 2001, her Got Milk? ad campaign debuted in the 2001 Sports Illustrated Swimsuit Issue.

Photographed by Steven Meisel, she was presented on the September 2004 cover of American Vogue as one of the “Models of the Moment”.[32] In 2004, Bündchen co-starred with Queen Latifah and Jimmy Fallon in the 2004 remake of Taxi. In 2005, she was chosen to wear the Victoria’s Secret Fantasy Bra again, the Sexy Splendor Fantasy Bra. At the time, it was the second-most expensive bra ever made, valued at $12.5 million. In its December 2005 issue, New York magazine list Bundchen as No. 43 in its list of 123 reasons to love New York City.

In 2006, she played Serena, a minor character in The Devil Wears Prada. In February 2007, Bündchen returned to the Milan runway by opening the Dolce & Gabbana’s show. She was chosen by Time magazine in 2007 as one of the 100 Most Influential People in the World. In September 2007, Bündchen was featured on the cover of Vanity Fair’s style issue, photographed by Mario Testino. The issue was one of the bestsellers that year.