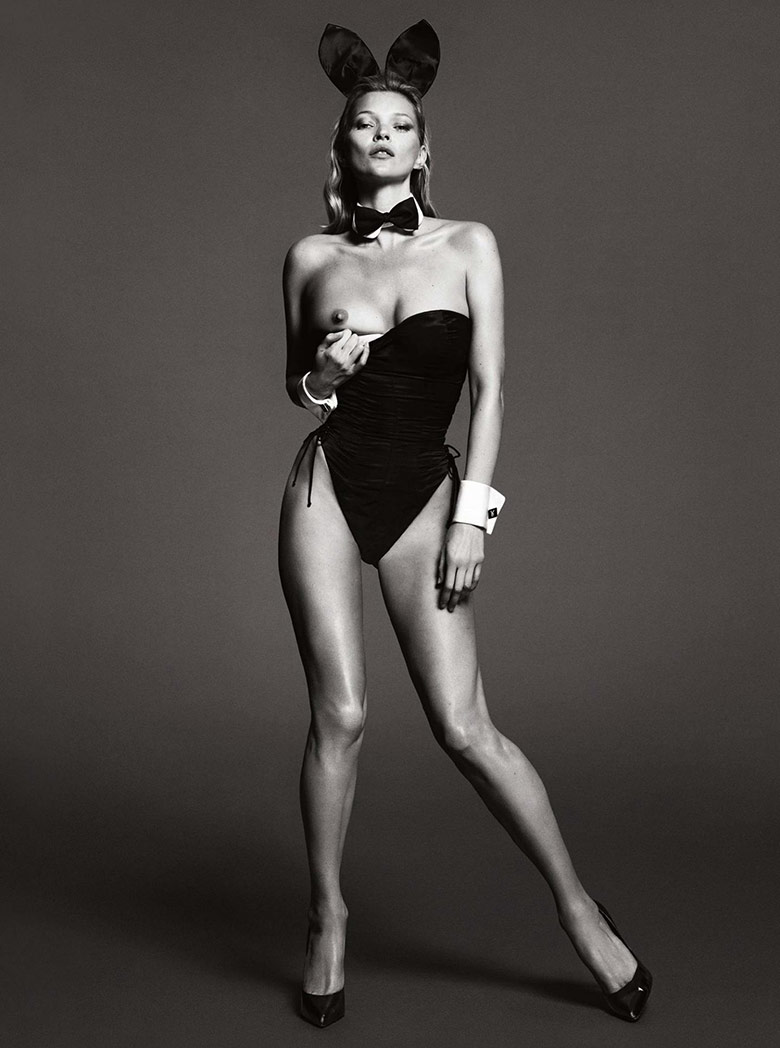 Kate Moss (born 16 January 1974) is an English model and businesswoman. Born in Croydon, Greater London, she was discovered in 1988 at age 14 by Sarah Doukas, founder of Storm Model Management, at JFK Airport in New York City.

Arriving at the end of the “supermodel era”, Moss rose to fame in the mid 1990s as part of the heroin chic fashion trend. Her collaborations with Calvin Klein brought her to fashion icon status. She is known for her waifish figure, and role in size zero fashion. She received an award at the 2013 British Fashion Awards to acknowledge her contribution to fashion over 25 years. Moss is also a contributing fashion editor for British Vogue.

Moss has had her own clothing range and has been involved in musical projects. She has won accolades for modelling. In 2007, Time named her one of the world’s 100 most influential people. She has inspired cultural depictions including a £1.5m ($2.8m) 18 carat gold statue of her, sculpted in 2008 for a British Museum exhibition.

She received media scrutiny for her party lifestyle and drug use. Drug allegations beginning in late 2005 led to her being dropped from fashion campaigns. She was cleared of charges and resumed modelling. In 2012, she came second on the Forbes top-earning models list, with estimated earnings of $9.2 million in one year.

Moss was discovered in 1988 at 14 by Sarah Doukas, founder of Storm Model Management, at JFK Airport in New York, after a holiday in The Bahamas. Corinne Day shot black-and-white photographs of her, styled by Melanie Ward, for The Face when she was 16, in a shoot titled “The 3rd Summer of Love”. Moss was presented as a young unknown, and Day described the pictures as “dirty realism” or “grunge”.

Moss then featured in the Levi’s campaign ‘Levis for Girls’, with great success, set up by The Design Corporation and again shot by Corinne Day. A further shoot followed for The Face, by Tony Briggs, entitled “Haute Coiffure”, Moss went on to become the “anti-supermodel” of the 1990s in contrast to the models of the moment, such as Cindy Crawford, Elle Macpherson, Claudia Schiffer and Naomi Campbell, who were known for curvaceous and tall figures.

Moss featured in the fashion look heroin chic in 1996 (which prompted speculation over her weight) with a campaign for Calvin Klein. Then-US President Bill Clinton spoke out against the trend. Moss said, “It was just the time. It was a swing from more buxom girls like Cindy Crawford and people were shocked to see what they called a ‘waif’. What can you say? How many times can you say ‘I’m not anorexic’?”