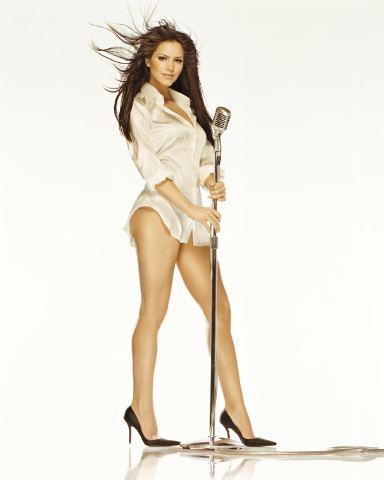 Katharine Hope McPhee (born March 25, 1984) is an American actress, singer, and songwriter. In May 2006, she was the runner-up on the fifth season of American Idol.

Her self-titled debut album was released on RCA Records on January 30, 2007, and debuted at number two on the Billboard 200, selling 381,000 copies (as of December 2010). The album’s first single, “Over It”, was a Pop Top 30 hit and was certified gold in 2008. Her second album, Unbroken, was released on Verve Forecast Records on January 5, 2010, and debuted at No. 27 on the “Billboard 200”. The album featured the single “Had It All”, which peaked at number 22 on the AC chart. It has sold 45,000 copies as of January 2011. Her third album, the holiday-themed Christmas Is the Time to Say I Love You, was released on October 12, 2010. The album debuted at number 11 on the Billboard Top Holiday Albums chart, while the single “Have Yourself a Merry Little Christmas” peaked at number 16 on the “Billboard” AC chart. As of January 2011, this album had sold 23,000 copies. McPhee released her fourth album, Hysteria, on September 18, 2015. She released her fifth album, I Fall in Love Too Easily, composed of jazz standards, on November 17, 2017.

McPhee has also established an acting career, co-starring in The House Bunny and Shark Night 3D. She played Karen Cartwright, one of the lead roles on Smash. From 2014 to 2018, she starred in CBS’ Scorpion as Paige Dineen.