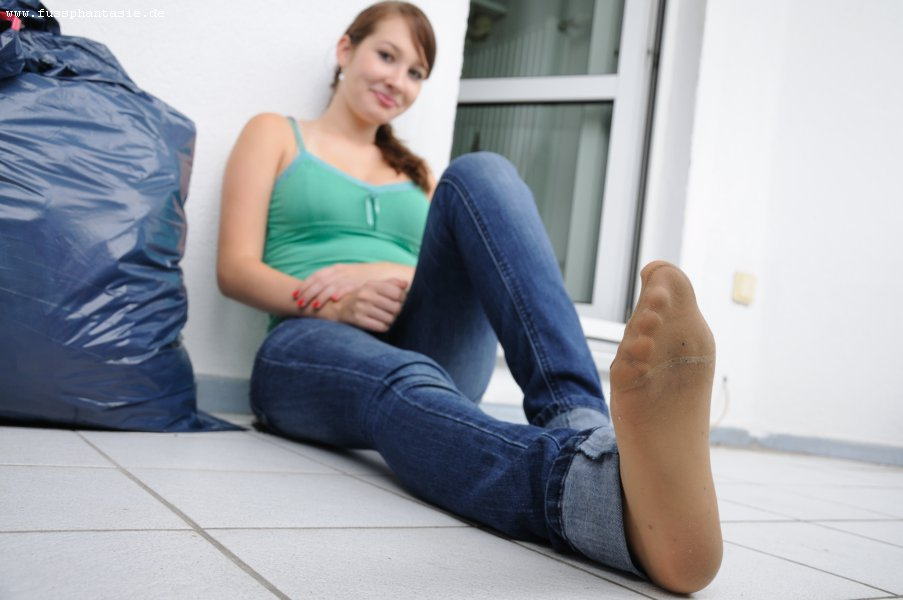 – Last week I sat in on some presentations made by individuals and groups requesting funding. One of the groups was advocating gay-oriented medical issues. The presenters were gay women.

I was most anxious to see how they would be attired. It has been my experience that presenters usually try to look their best and, when appropriate, attempt to create a memorable experience by dressing in some special manner if it is related to their group’s theme. For example, several years ago we had a Native American group making presentations and two of the presenters, a male and a female, wore authentic Native American tribal clothing.

One Thursday the lesbians wore trousers. One wore a necktie. None wore skirts. Most had no make-up and to this day a small debate rages amongst my staff as to whether one of the group was male or female. She/he (?) never spoke. If they were trying to create a memorable experience they succeeded. I will probably never forget this meeting. But, I’m going to have to listen to the audio tape sometime this weekend to find out what they were saying. I was completely distracted by what I and some others thought was a conscious attempt to look as masculine as possible.

– This is a valid question and I would be interested to know what the ladies think. I guess it’s all a question of degrees. If a woman wears trousers all the time I pick up a message that she really isn’t much interested in expressing her femininity (which sort of makes sense if you are a dyke I suppose). For many women, skirts are worn more frequently and trousers provide a bit of variety and I guess we have to respect that. But even in 2001 there are a few women out there who never wear trousers to work and in my book they command enormous respect. Indeed only recently I was talking to a young medical student who told me that she always wore skirts in a professional environment as she associated trousers with casual wear. Hearing these words uttered by a stunning 20 something lady was enough to restore my tarnished faith in womankind!

– You’ve brought up two separate questions here, and to my way of thinking, they are not especially connected.

Firstly, when speaking of lesbian women and their choice of dress, conventional modes of thinking do not apply. Whether due to choice or actual genetics (both theories abound) I don’t think lesbian women even consider skirts and dresses part of their lives. At least I have found that among the ones I have known. Even the most feminine of lesbian women are almost entirely in pants or shorts. Don’t really know why – I could ask if you’re interested.

As for the second part of this, I don’t think women give any thought to these issues when they are dressing. Those sorts of questions are not asked anymore.

This is probably due on some level to the throwing out of traditional clothing rules 30 years ago. The codes of dress got thrown out with the codes of morality, whether for good or ill. You can’t discount that.

But in all fairness, we ladies shouldn’t be the only ones to take a little more pride in our appearance. We like looking at a well-dressed gentleman, you know. A good looking guy in a perfectly tailored suit sends me over the moon!

As for the message a woman in trousers sends, there are two ways to approach this. Firstly, I think women have been told that in the work place trousers are the way to go – they help to place everyone on a level playing field, and keep the focus where it belongs – on business and not on a woman’s legs.

I can see some validity to that – no one wants to be ogled whilst giving an important presentation. You want to believe that what is being presented in the meeting is interesting enough to keep one’s mind from wandering.

Secondly, we all learn by example. Little girls don’t wear dresses anymore because they don’t see their mommies in dresses. Only on special occasions, and then that’s it. It’s not the norm for women to have dresses and suits with matching shoes and belts and handbags like they used to.

In addition, day care providers probably don’t want to spend the time dealing with frilly dresses on girls when play pants and a shirt will suffice. And working mothers don’t want to take the time to dress their little girls nicely, and send them off to school looking like girls.

I wore dresses almost every day when I was a girl – I liked wearing dresses. It didn’t stop me from doing what I wanted – I climbed the monkey bars and hung upside down (to the chagrin of my teachers) played kickball and tag. I wouldn’t be surprised that somewhere, in our communist public school system, parents have been told not to dress their little girls in dresses since it provokes little boys into harassing them. Instead of just smacking the little brat upside the head, girls are made to feel that they need to cover themselves up to prevent harassment.

– I found your follow-up post on the mentality of trouser wearing to be very revealing and it sort of confirms my worst fears on the subject. In truth I don’t think that things are quite as bad here in the UK at present, as our political correctness isn’t quite so pernicious just yet, but where the US goes everyone else inevitably follows so we are definitely heading the same way. Given what you said, do you find that you are wearing trousers more often in the office these days?

As regards gents’ apparel I agree that nothing compares to a suit. I have now experienced both dress up and dress down cultures and on balance prefer the former.

– I really don’t have a problem with the trouser look. Many of the most feminine women I’ve known have worn trousers as part of their wardrobes. Always, of course, they wore nylon hosiery underneath. Which makes ALL the difference. I disdain the “trouser and sock” look (termed “trouser socks” by the benighted hosiery industry). What I absolutely can’t stand is bare legs – summer, fall, winter or spring! 90 per cent of women don’t have the skin tone/texture to display their legs bare. Yet for some reason “au courant” fashion mavens can’t seem to get it through their thick skulls this is an obvious fashion faux pas.

– I do think you’re right in that when the US begins a trend (for better or worse) the rest of the world follows. I also think that the “I will wear what I choose, when I choose” mindset has gone too far. I have a friend whose husband refuses to wear anything other than jeans and a casual sort of shirt, even to a place where one would automatically think of at least dress khakis and a dress shirt. His attitude is I wear what I wear and it shouldn’t matter to anyone else. This I think would even include church, if he were a churchgoer. (He was part of the hippie counterculture, and has never really grown out of it.)

To me, that shows a lack of respect for others; that satisfying yourself is more important than putting yourself out for others. Unfortunately, I see that as an overwhelming attitude for many these days…

Presently my office consists of about six women, and we all wear what we like. I used to wear jeans or trousers every day, but frankly disliked feeling less than properly dressed for work. Since it’s a consultancy, we rarely have clients in.

The reason I switched to trousers was because I hated wearing pantyhose. Once I began to explore the option of stockings, and then foundation garments, I have gone back to wearing dresses and skirts every day. Even when I’m home I change into a dress to cook dinner, and do the laundry, etc. Now mind you, it’s a casual dress and I have on flip flops or other sandals with it. No stockings, however.

I did have put on a pair of jeans the other week when my office was in the midst of packing for a move, and hated every minute of it! They were tight and constricting, and just not comfortable. I would have traded them for a nice skirt and girdle in a heartbeat!

I have decided that I like being in a dress much more than anything else. It looks nice, it’s cool on a hot summer day, and if I need to run to the store, I can pull on stockings and a girdle in a hurry!

– I have to agree with you about so many in today’s society when it comes to dress. There is little sense of decorum and respect for other people or institutions. Example: I stayed at an upscale hotel and came down to breakfast in a sports jacket thinking I would be out of place otherwise. Other than the waiters in white shirts and bow ties I was pretty much the most dressed-up person. My fellow diners were in sweats or jeans – or generally dishevelled – and one guy lowered his pot belly over the buffet table in his black T-shirt with the words ‘No Fear’ or something grosser written on it…

That evening my date and I attended a musical. There were about 300 in attendance. When the lights came up we looked around and commented, “you know we’re the most dressed-up people here. ” I was wearing a jacket and dress slacks and dressy shirt buttoned at the neck without a tie. She was wearing a dressy turtleneck and long black skirt. Our fellow theatregoers? There didn’t even seem any attempt to “dress casual”. Instead it was like they were dressed for their rec room but wandered downtown. “Please yourself and only yourself” seemed to be their thinking. My date, as an astute observer, described this as society’s growing “self-indulgence” and to heck about what others think.