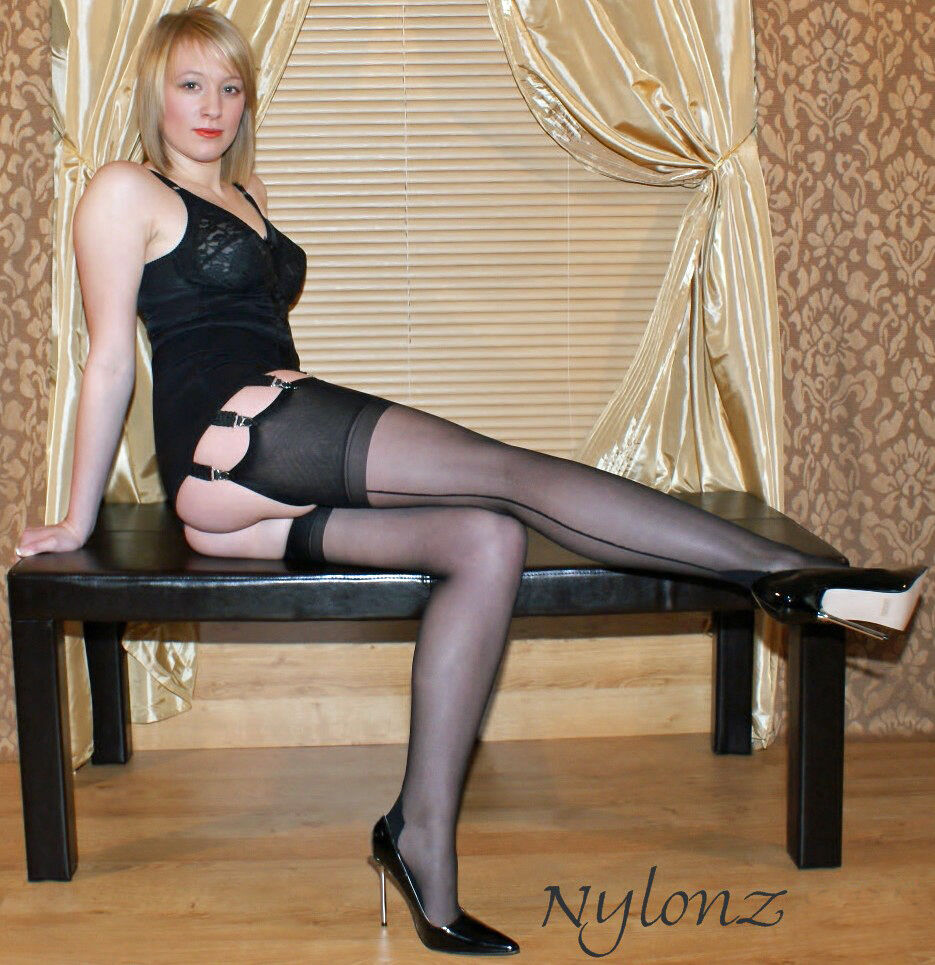 – This morning our corporate VP and general counsel forwarded to me an opinion from our legal department. It was written by a new, young lawyer fresh out of one of our nation’s better law schools. The first sentence of the young lawyer’s memo was as follows:

“Because of the opinion which you asked me for. ”

What has this got to do with stockings? I’ll tell you.

I remember when writing the English language was as important as speaking it. It is harder to write well than to speak well. Writing requires the mastery of more skills than speaking. Writing well takes time and a degree of self-criticism. Writing well necessitates a knowledge of grammar, syntax, spelling (a skill with which I struggle) and, most importantly, clarity of expression.

The generation that produced the young lawyer who butchered the English language in the above illustration is lost to the importance of time. It is the “I want it now” generation. They are all about video games, MTV, microwaves and email. They are Napster, Instant Messenger and ICQ. Now, I stress there is nothing wrong with any of these things in themselves. But, taken all together, they are the antithesis of luxury. And, my dear friends, stockings are all about luxury.

The finer things in life be they a great cognac, a good cigar, a great novel, a moving symphony, a fine motor car, a great wine or even fine silk stockings with gloves all take time. Even the better moments of intimacy we share with our lovers have, as their hallmark, been the ones that have lasted the longest.

Stockings are one of life’s luxuries. They take time to put on and take off. They generally cost more than pantyhose. They are harder to find and because of this they require greater care. But the dividends they pay for the wearer and the wearer’s partner in terms of power, mystery, sexuality, appearance and touch are many times the effort needed to wear them.

Is it any wonder that this lost generation has recently moved beyond the hurry-up-pull-them-up mediocrity of pantyhose to brainless, genderless bare-leggedness? No, I guess not.

So, are any of us truly surprised when a young man making $70,000 in his first year of post-graduate employment cannot write a coherent sentence in his native tongue?

– I really think you should take a look at the world around you a bit more. Yes I agree there is a certain amount of intellectual apathy amongst the young and what you would call ‘class’ and ‘refinery’ might be sadly lacking in the younger generation. However it is unfair to assume that all young people are responsible for a lack in education, class and above all stockings.

We live in an ever-changing society, my friend, and when you quote the finer things in life as cognac and the like it fills me with dread. If it’s one thing the younger generation have brought to the world, then that is tolerance. We are in a subjective arena and it pays to be a little more open minded to new generation and new technologies. If we hold on to the past too much then we’ll never see the future.

Lets be honest here: stockings are a throw back to a sadly by-gone era. But there is plenty today to enjoy… don’t worry about it so much.

– I also lament lost respect for proper application of the language. Current email etiquette is much like pantyhose. They’re easier and convenient – but not as good.

It is not ironic the backlash against casual work attire, me-me-me materialistic toys, and in-your-face rudeness, is surfacing as the economy slows. The short cuts of the 1990s to push to everyone’s bottom line are being appropriately questioned today.

Segments of the population are speaking up about elegance, and discussing stockings.

Your admonishment on the language has extracted a commitment from me to edit my forum communications better. If I’m going to talk it, I better make sure I walk it.

– I agree with most of the original post. I am a lawyer and am appalled by much of the written English I see. The two things I look for in aspirant barristers being interviewed by me: command of English and whether they wear stockings!

More seriously, though, they all have excellent degrees from Oxbridge, high bar exam results, impeccable references, fascinating CVs (the others already having been vetted out at an earlier stage), so there’s usually little else to choose! It would be almost impossible to have got thus far if there was any doubt about their “knowledge of the law and legal proceedings”!

– I too find myself in despair over the wilful murdering of our language, and it seems to be coming from all sides. It’s unfortunate.

As for the rebuttal that the younger generation brings with them a greater level of tolerance – hooey! “Tolerance” is nothing more than a cudgel used to abuse those of us who do not agree with whatever the prevailing views are of the moment!

Those of us who subscribe to a more conservative and traditional view of the world, whether formed by politics or perhaps religion, are told we are narrow-minded and bigoted. Yet, we are expected to swallow all of the pabulum spewed out in the name of being “progressive”. I refuse to accept that as long as young people are disrespectful to their elders, and parents do not command respect as befits their role in life – to be their children’s teacher and guide, not their best friend.