Jenner first appeared in the E! reality television show Keeping Up with the Kardashians, and is now also a model in a movement dubbed “the Instagirl era” or “Social Media Modeling”, where models are chosen for their online presence and social media following.

After working in commercial print ad campaigns and photoshoots, Jenner had breakout seasons in 2014 and 2015, walking the runways for high fashion designers during the New York, Milan, and Paris Fashion Weeks. Jenner has done multiple editorials and cover shoots for LOVE and various international Vogue editions, walked for Victoria’s Secret, and acts as brand ambassador for Estée Lauder’s multimedia ad campaigns. Jenner made her debut at No. 16 on Forbes magazine’s 2015 list of top earning models, with an estimated annual income of US$4 million.

In 2017, Jenner became the World’s Highest-Paid Model on the Forbes top-earning models list.

Jenner was raised with her sister and maternal half-siblings in Calabasas, an upscale suburb west of Los Angeles. Jenner attended Sierra Canyon School before switching to homeschooling in order to pursue modeling. She graduated in 2014.

Jenner began modeling at age 14 when Wilhelmina Models signed her on July 12, 2009. Cinematographer Nick Saglimbeni directed the photoshoot for Jenner’s Wilhelmina portfolio. Jenner’s first modeling job was the Rocker Babes with a Twist campaign for Forever 21 in December 2009 and January 2010. Jenner featured in a Teen Vogue Snapshot on April 19, 2010. In September 2011, Jenner walked for Sherri Hill during Mercedes-Benz Fashion Week. By the end of 2012, Jenner had covers on American Cheerleader, Teen Prom, Looks, Raine, GenLux, Lovecat, and Flavour Magazine. and booked campaigns for White Sands Australia, Leah Madden, and Agua Bendita.

In November 2012, Jenner teamed with Victoria’s Secret photographer Russell James for editorial work and joint projects. Over the course of 2013 and 2014, their work together surfaced in Kurv, Miss Vogue Australia, and Harper’s Bazaar Arabia. Jenner featured in James’ Nomad Two Worlds: Australia book launches in Sydney and Los Angeles. Jenner’s editorial work signaled a change of direction to high fashion, and Jenner signed with The Society Management on November 21, 2013. 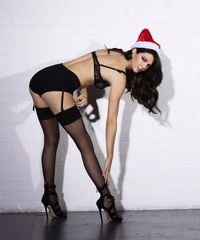