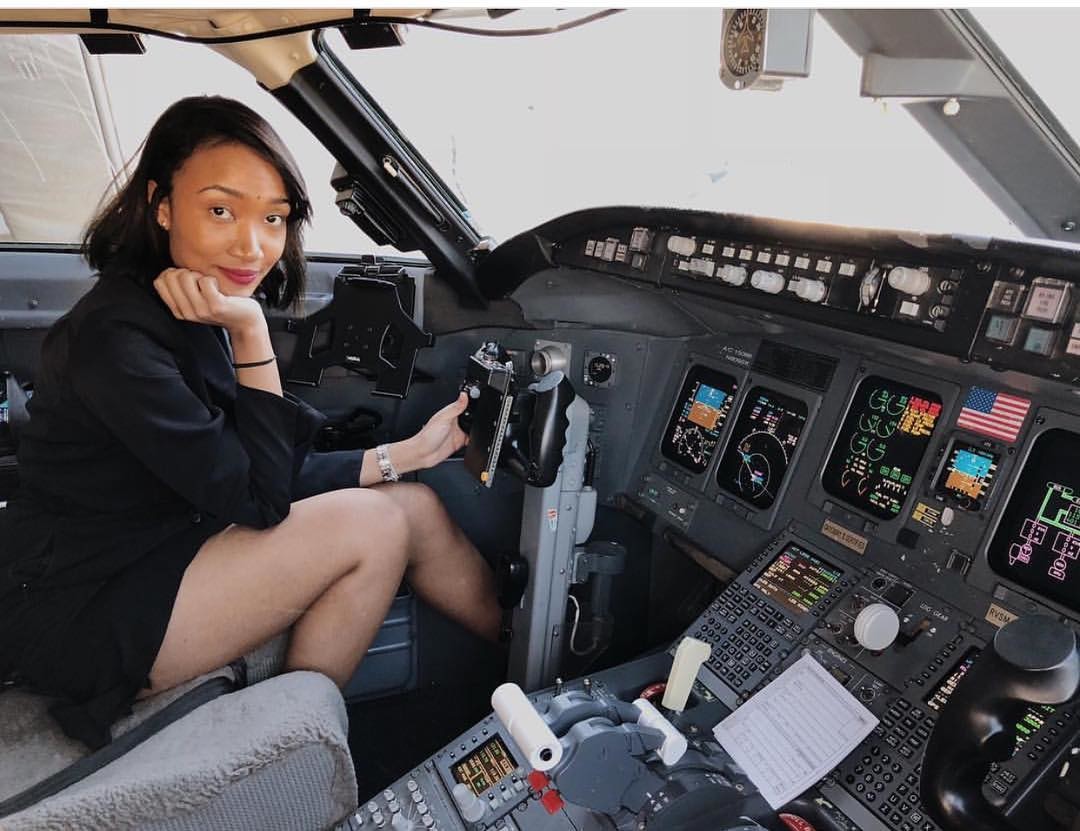 – I saw on a news report here in the USA (I think it was 20/20 or some such) that safety experts now advise women not to travel via plane while wearing any type of nylon hosiery. The reason given was that, in case of an emergency landing when there are flames in the fuselage, the heat would melt the hosiery onto the woman’s legs, causing severe burns, and lessening her chances of escaping from the craft. The expert advised women to wear either slacks, or a long skirt with no hosiery. Maybe this is why more and more flight attendants now wear slacks.

– This doesn’t seem much of an argument for not wearing hosiery. Airline travel is still the safest means of transportation. If we used this reasoning there are many items of clothing we’d all dispense with.

– I am convinced that this one about not flying in hosiery is an urban myth. It ranks right up there with not using a mobile phone at a filling station in case a spark causes an explosion. There is no known case of this happening. It is one of the Internet’s oldest myths and it is amazing that it has been accepted as the truth by companies too consumed by the philosophies of the nanny generation to question a ridiculous made-up “fact”.

Cast your mind back to May 11th this year. About six weeks ago. CNN and all other major news agencies ran stories about how stockings (admittedly the surgical variety) were actually *recommended* wear while flying as they could help to reduce blood clots and defeat so-called “economy class syndrome”.

I fly quite regularly for both business and pleasure. I wear hosiery almost without exception. If the plane I was on crashed and burst into flames I imagine the extra damage done by wearing stockings would be a bit like grazing an elbow after having been shot 20 times at close range by an AK. So please try to take stories like this for what they are: complete and utter bollocks.

– I’ll have to say you’ve completely missed the boat on this one. It’s not an urban myth. About two or three years ago, here in America, there was a documentary on television, that talked about flying accidents and things like that. It was hosted by the X-Files actress, Gillian Anderson. One of the things she pointed out was that nylons melt much more quickly and easily in heat and thus can cause severe burns to a stewardesses legs. Then the X-Files lady showed a dummy with pantyhose on it and showed how it melted with high heat.

Having cleared the air on this, I do have to say that at least on American Airlines, most of the stewardesses use hose. AA is usually what I travel on so I can’t speak for the other US airlines.

– Of course nylon melts. But so would polyester or any other synthetic material in trousers. And if the plane catches fire it’s all a bit hypothetical. That was my point. I think.

– In the event of a “small” fire, yes anything synthetic would go up very quickly. Maybe I am paranoid, but I almost always travel very casually and with as much cotton clothing as possible. It maybe a little complicated but I can get changed quickly in the business class lounges. But it is also true that in the event of a major incident, (God forbid!) it won’t really matter about minor burns, you won’t be around to worry too much about it.

– I sympathise and acknowledge that there are certainly people who have been caught in this tragedy. But like banning the use of cell phones in a car – do we amend the rules because it’s REALLY happened, or because we think it MIGHT happen? Therein lies the difference.

We’re all old enough to remember the kinds of toys we all played with and the stunts we pulled as kids – and lived to tell about it. How many of our games and toys had little pieces and sharp edges? Now, everything needs to be padded and softened, IN CASE something should happen. Life is full of risks.

I don’t wish shuffle off this mortal coil anytime soon – but none of us knows the moment or the circumstances when you’ve hit your dinger and hung ’em up. (baseball reference)

– I too have read and seen the news reports about nylon hosiery, but they did nothing to caution against all the “Soprano-wanna-be” nylon jogging suits. These would allegedly cling to the whole body in one big meltdown instead of just the legs.

Plane travel, as we all know, is one of the safest means of transport. Of the few crashes per year, how many resulted in fire WITH survivals? My wife and I are probably the only people who travel with a smoke hood in our carry-on bag to increase the chance of survival.

Having walked away from a plane crash in 1981, it is the toxic fumes from burning carpet, seats and wall coverings that kill most people, usually in the first 90 seconds. If there is a flash fire you are not going to survive unless you have breathing apparatus and an asbestos suit.

My wife enjoys dressing the part and travelling by train, plane or ship dressed as a lady. If the risk was so acute, flight attendants would not be wearing any hosiery.

As long as we are on the subject, what about footwear. Before we jumped down the chute in 1981 we were told to take off our shoes. Yet there is some school of thought that if we took our shoes off and the plane were on fire our feet would burn – well the clunky shoes many woman wear today would melt down upon stepping out onto the hot wing of an airplane.

I know many may find it hard to believe but news reports sometimes only give one view.

– While we all love the glamour of air travel – which includes well-dressed women in nylon hosiery – the sad fact of life in the tasteless fashion era of 2001 is that most people board planes dressed like they used to board buses – as slobs. So other than us few fashionistas most people are dressed in their ugly cotton jogging suits, T-shirts, jeans and running shoes (nylon, btw). I guess the few of us who dress-up (well, ladies actually) would be the real victims. But the event is so unlikely it’s virtually beside the point. And if they did die, then would they in part be dying for the cause?! 🙂

– This fire and hose business is not a new one. I seem to recall that this was one of the main reasons why British policewomen stopped wearing skirts with their uniforms back in the early 1990s. But, as has been said, if you are caught up in an airline disaster it probably does not make any odds what you are wearing. The real reasons why stewardesses want to wear trousers have nothing to do with safety and much more to do with political correctness and a general decline in dress standards.

To illustrate the point, BA did actually introduce trouser suits for their stewardesses back in the early 1970s, but they were quickly dropped because they were unpopular with both staff and customers. Back in those days I think that stewardesses took a real pride in their appearance and femininity, particularly as passengers also made the effort to dress up. But as has been stated here, given that most passengers now dress like slobs when they get on a plane it is hardly surprising that stewardesses don’t want to dress up any more either, while femininity increasingly seems to be something to be despised.

– Neither my wife nor I have taken a commercial flight in years. Our corporate jet is a Gulfstream V. We use it about 6 times a month on average. It is smaller than a 747 but it has a range of over 6,500 miles at almost Mach 1 cruising speed. I make this point only to illustrate that it does qualify for purposes of this discussion as the equivalent of a commercial airliner. It seats about 15 the way we have it configured but I’m sure it would hold many more than that fitted out as a commercial carrier.

Our pilots are qualified on just about anything that flies. Both have previous military experience and our captain flew for Pan Am for many years. I asked him yesterday if he was familiar with any restriction or recommendation by the NTSB, the FAA or any other agency against women wearing nylons in flight. My wife wears nylons exclusively. He said he was completely unaware of any such warning and he added that if the inside of the plane ever got hot enough to melt nylon, fashion would not be our first concern. Good ole Jack! What a kidder!