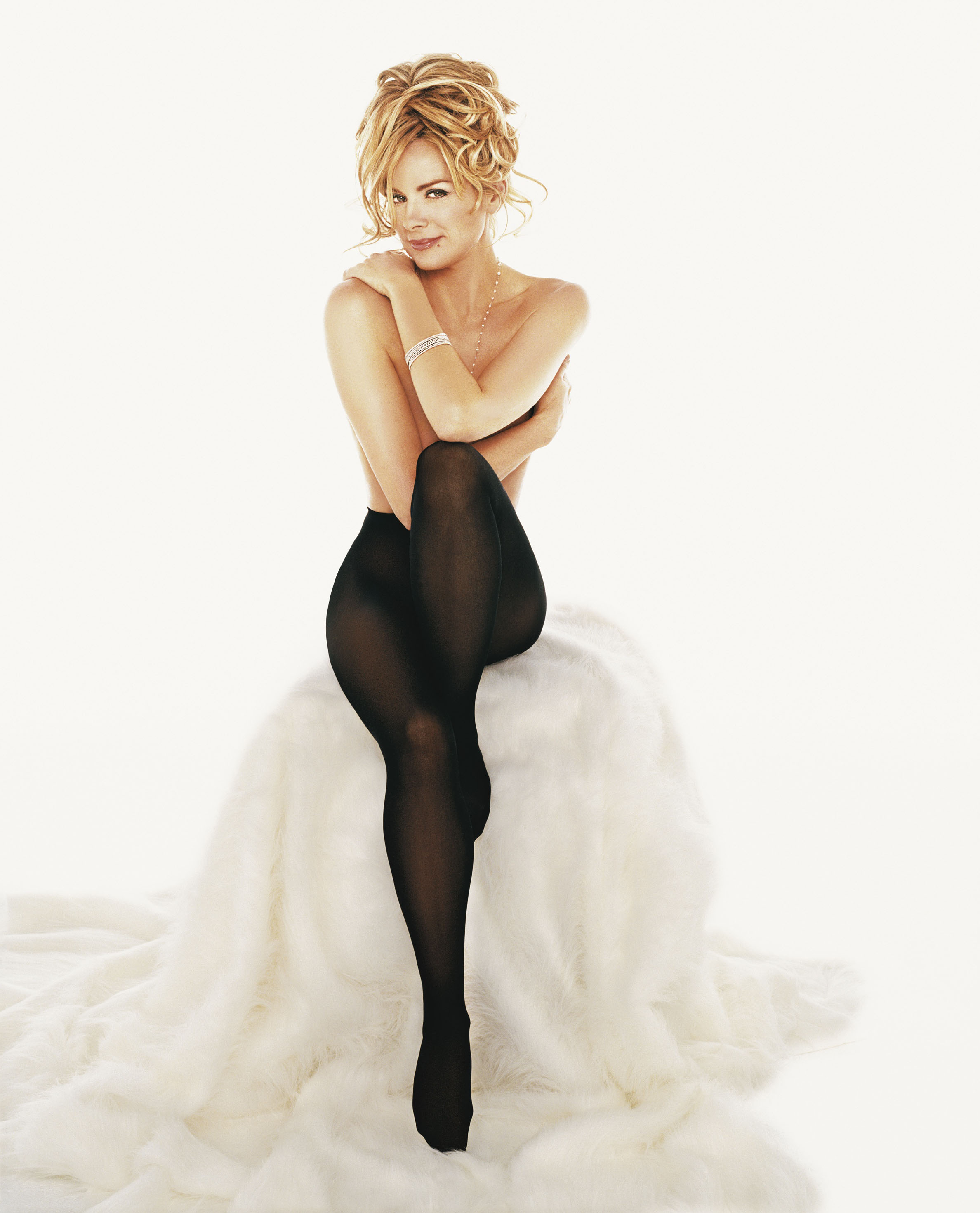 From 2014 to 2016, Cattrall starred and served as executive producer on the HBO Canada series Sensitive Skin, for which she received a nomination for the Canadian Screen Award for Best Actress in a Comedy Series. She currently stars on the web television series Tell Me a Story (2018–present).

Cattrall began her career after graduating from Georges P. Vanier Secondary School in 1972, when she left Canada for New York City. There, she attended the American Academy of Dramatic Arts, and upon her graduation signed a five-year film deal with director Otto Preminger. She made her film debut in Preminger’s action thriller Rosebud (1975). A year later, Universal Studios bought out that contract and Cattrall became one of the last participants in the contract player system of Universal (also referenced as MCA/Universal during this period) before the system ended in 1980. The Universal system’s representative in New York, Eleanor Kilgallen (sister of Dorothy Kilgallen), cast Cattrall in numerous television guest-star roles. One of the first jobs Kilgallen got her was in a 1977 episode of Quincy, M.E. starring Jack Klugman, whom Kilgallen also represented.

In 1978, Cattrall played the love interest of a murderous psychologist in an episode of Columbo and also in “Blindfold”, an episode of the 1970s action series Starsky & Hutch, in which Starsky (played by Paul Michael Glaser) is grief-stricken since he accidentally blinded Cattrall’s character, young artist Emily Harrison, by a shot of his gun. She starred in The Bastard (1978) and The Rebels (1979), two television miniseries based on the John Jakes novels of the same names. In 1979, she played the role of Dr. Gabrielle White on The Incredible Hulk and would go down in television Hulk lore as one of the few characters who knew David Banner (alter ego of the title character) was alive and was the creature. Her work in television paid off and she quickly made the transition to cinema. She starred opposite Jack Lemmon in his Oscar-nominated film Tribute (1980), and in Crossbar, the film about a high jumper who loses his leg and still participates in the Olympic trials, with Cattrall’s help. The following year, she appeared in Ticket to Heaven.

In 1982, Cattrall played P.E. teacher Miss Honeywell in Porky’s, followed two years later by a role in the original Police Academy. In 1985, she starred in three films: Turk 182, City Limits and Hold-Up, the last with French star Jean-Paul Belmondo. In 1986, she played Kurt Russell’s brainy flame in the action film Big Trouble in Little China. In 1987, her lead role in the cult comedy film Mannequin proved a huge success with audiences. One of her best-known film roles is that of Lieutenant Valeris in Star Trek VI: The Undiscovered Country; Cattrall assisted in developing the character by designing her own hairstyle and even helped come up with the name. Near the end of filming, Cattrall had a photographer shoot a roll of film on the Enterprise bridge set, in which she wore nothing but her Vulcan ears. After finding out about the unauthorized photo session, Leonard Nimoy had the film destroyed.

Aside from her film work, Cattrall is also a stage actress, with performances in Arthur Miller’s A View from the Bridge and Anton Chekhov’s Three Sisters and Wild Honey to her credit. In addition, she can be heard reading the poetry of Rupert Brooke on the CD Red Rose Music SACD Sampler Volume One. In 1997, she was cast in Sex and the City, Darren Star’s series which was broadcast on HBO. As Samantha Jones, Cattrall gained international recognition. She capitalized on her success by appearing in steamy television commercials promoting Pepsi One. Sex and the City ran for six seasons and ended as a weekly series in spring 2004 with 10.6 million viewers. Cattrall reprised the role of Samantha Jones in the Sex and the City film, released on 30 May 2008. She also appeared in the sequel released in May 2010. For her role on the television series, she was nominated for five Emmy Awards, and four Golden Globe Awards, winning one in 2002. She also won two ensemble Screen Actors Guild Awards, shared with her co-stars Sarah Jessica Parker, Kristin Davis and Cynthia Nixon. She was ranked number eight in TV Guide’s 50 sexiest stars of all-time list in 2005.

Cattrall in 2007
In 2005, she appeared in the Disney film Ice Princess, in which she played Tina Harwood, ice skating coach of the film’s lead character. She portrayed Claire, a paralysed woman who wants to die, in the West End drama revival of Whose Life Is It Anyway?. In October 2006, she appeared in a West End production of David Mamet’s The Cryptogram at the Donmar Warehouse in London. Since late 2005, she has appeared in a number of British television commercials for Tetley Tea. In July 2006, a commercial for Nissan cars, which featured Cattrall as Samantha Jones, was withdrawn from New Zealand television, apparently because of complaints about its innuendo. She later starred alongside Brendan Gleeson in John Boorman’s film The Tiger’s Tail (2006), a black comedy that focuses on the impact of the Celtic Tiger economy on Irish people. On ITV, she starred alongside David Haig, Daniel Radcliffe and Carey Mulligan in My Boy Jack, the story of author Rudyard Kipling’s search for his son lost in the First World War.

In early 2009, Cattrall played Amelia Bly in Roman Polanski’s well received The Ghost Writer, which was released in 2010. On 16 June 2009, it was announced that Cattrall would receive a star on Canada’s Walk of Fame in Toronto, Ontario. The induction ceremony was held on 12 September 2009. In November 2009, while filming Sex and the City 2 in Marrakech, Morocco, she took part in a seminar, ‘Being directed’ with director John Boorman as part of the third edition of the Arts in Marrakech Festival. On 24 February 2010, Cattrall began a run in the West End of London at the Vaudeville Theatre as leading lady, Amanda, opposite Matthew Macfadyen, in a revival of Noël Coward’s play Private Lives. She performed until 3 May 2010. In the same year, Cattrall starred as Gloria Scabius (alongside Macfadyen once again) in the critically acclaimed Channel 4 adaptation of William Boyd’s novel Any Human Heart.

Cattrall played Cleopatra in a production of Antony and Cleopatra, directed by Janet Suzman, opposite Jeffery Kissoon as Anthony, in Liverpool at the Playhouse in October 2010, with a subsequent revival at Chichester Festival Theatre (with Michael Pennington as Anthony) in September 2012. In 2010, Cattrall was named an Honorary Fellow of Liverpool John Moores University in recognition of her contributions to the dramatic arts. In 2011, Cattrall reprised her role as Amanda in a production of Noël Coward’s Private Lives opposite Canadian actor Paul Gross in Toronto and on Broadway. That year, Cattrall also appeared in Uptown Downstairs Abbey, the Comic Relief parody of the critically acclaimed historical television dramas Downton Abbey and Upstairs, Downstairs. Playing Lady Grantham, she starred alongside Jennifer Saunders, Joanna Lumley, Victoria Wood, Harry Enfield, Patrick Barlow, Dale Winton, Olivia Colman, Tim Vine, Simon Callow, Michael Gambon and Harry Hill.

From June to August 2013, Cattrall was scheduled to star in the Old Vic’s production of Tennessee Williams’s Sweet Bird of Youth, directed by Olivier Award-winner Marianne Elliott. In 2014, she starred as Davina Jackson in HBO Canada’s Sensitive Skin. On 17 July 2015, Cattrall was cast in the title role of the play Linda, written by Penelope Skinner, directed by Michael Longhurst, and produced at the Royal Court Theatre in London. She was forced to drop out of that production a few days before the opening, due to “chronic, debilitating insomnia”. She then returned to New York, and started a program of cognitive behaviour therapy to train herself to be able to sleep better. The therapy was successful; it included developing certain evening rituals, removing electronic devices from her bedroom, and limiting the use of the bed to two activities, one of which would be sleeping. Her role in Linda was recast and played by Noma Dumezweni, and the play opened in December 2015.

Cattrall at the HBO party after the 1999 Emmy Awards
Cattrall has been married three times and does not have any children. Her 1977 to 1979 marriage to Larry Davis was annulled. Her second marriage was from 1982 to 1989 to Andre J. Lyson, with whom she lived in Frankfurt and learned to speak German fluently, but admits she has forgotten a lot over the years. From 1998 to 2004, she was married to audio designer and jazz bassist Mark Levinson. The two co-wrote the book Satisfaction: The Art of the Female Orgasm (2002).

She holds British and Canadian citizenship. In 2010 and 2011, Cattrall said that reports that she became a US citizen were incorrect.

In August 2009, Cattrall took part in the BBC One documentary series Who Do You Think You Are?, where she discovered some facts about her grandfather, George Baugh. Baugh, who disappeared in 1938, having abandoned his family – including Cattrall’s then 8-year-old mother and two younger sisters – turned out to have bigamously married his new wife, Isabella Oliver, the following year in Tudhoe, County Durham, and subsequently had another four children. She was told that in 1961, he emigrated to Australia, where he became a postmaster, retiring in 1972 and dying in Sydney in 1974. Cattrall’s mother and aunts had known nothing of their father’s life after he left until they heard what the Who Do You Think You Are? researchers had discovered, nor had the family previously seen a clear photograph of him. An edited version of the episode was later shown as a part of the U.S. series of the same name.

On 4 February 2018, Cattrall tweeted that her brother, Christopher, had disappeared in Alberta. She asked for public help in finding him. He was found dead several hours later.