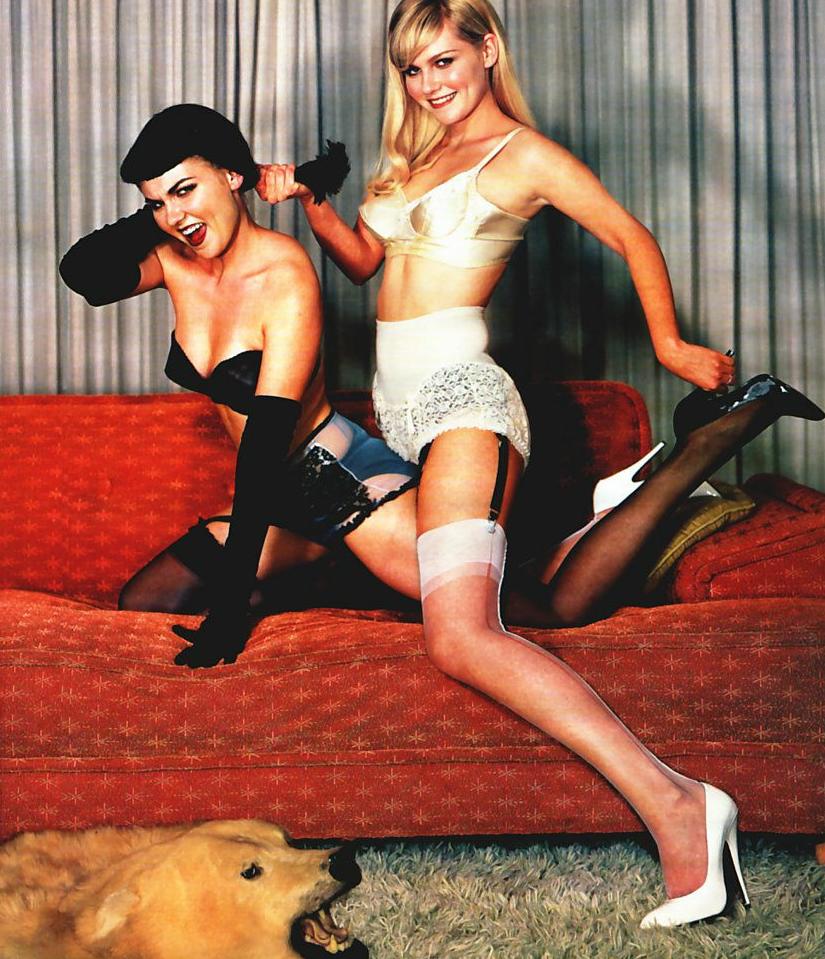 Kirsten Caroline Dunst (April 30, 1982) is an American actress. She made her debut in the 1989 anthology film New York Stories, appearing in the segment Oedipus Wrecks directed by Woody Allen. At the age of twelve, Dunst gained widespread recognition as Claudia in Interview with the Vampire (1994), for which she was nominated for a Golden Globe for Best Supporting Actress. She appeared in Little Women the same year and in Jumanji the following year. After a recurring role on the third season of ER (1996–1997), and appearances in films such as Wag the Dog (1997), Small Soldiers (1998), the 1998 English dub of Kiki’s Delivery Service (1989) and The Virgin Suicides (1999), Dunst starred in a string of comedies, including Drop Dead Gorgeous, Dick (both 1999), Bring It On (2000), Get Over It, and Crazy/Beautiful (both 2001).

Dunst achieved fame for her portrayal of Mary Jane Watson in Sam Raimi’s Spider-Man trilogy (2002–2007). Since then, her films have included Mona Lisa Smile (2003), Wimbledon, Eternal Sunshine of the Spotless Mind (both 2004), Cameron Crowe’s Elizabethtown (2005), the title role in Sofia Coppola’s Marie Antoinette (2006), How to Lose Friends & Alienate People (2008), Bachelorette (2012), and The Two Faces of January (2014). In 2011, she won Best Actress at Cannes for her performance in Lars von Trier’s Melancholia.

In 2015, Dunst starred as Peggy Blumquist on the second season of the television series Fargo. Her performance garnered critical acclaim, leading to her winning the Critics’ Choice Television Award for Best Actress, and being nominated for Golden Globe and Primetime Emmy awards.

In 2017, Dunst received a Screen Actors Guild Award for her performance in the film Hidden Figures, and co-starred in her third collaboration with Sofia Coppola, The Beguiled.

Dunst was born in Point Pleasant, New Jersey, to Klaus Hermann Dunst and Inez Rupprecht. She has a younger brother, Christian. Her father worked for Siemens as a medical services executive, and her mother worked for Lufthansa as a flight attendant. She was also an artist and one-time gallery owner. Dunst’s father is German, originally from Hamburg, and her mother was born in New Jersey, of German and Swedish descent.

Until the age of eleven, Dunst lived in Brick Township, New Jersey, where she attended Ranney School. In 1993, her parents separated, and she subsequently moved with her mother and brother to Los Angeles, where she attended Laurel Hall School in North Hollywood and Notre Dame High School. Among her classmates was Rami Malek, who was a grade above; they were both in a musical theater class. In 1995, her mother filed for divorce.

After graduating from high school in 2000, Dunst continued acting. As a teenager, she found it difficult to deal with her rising fame, and for a period she blamed her mother for pushing her into acting as a child. However, she later said that her mother “always had the best intentions”. When asked if she had any regrets about her childhood, Dunst said:

Well, it’s not a natural way to grow up, but it’s the way I grew up and I wouldn’t change it. I have my stuff to work out… I don’t think anybody can sit around and say, ‘My life is more screwed up than yours.’ Everybody has their issues.