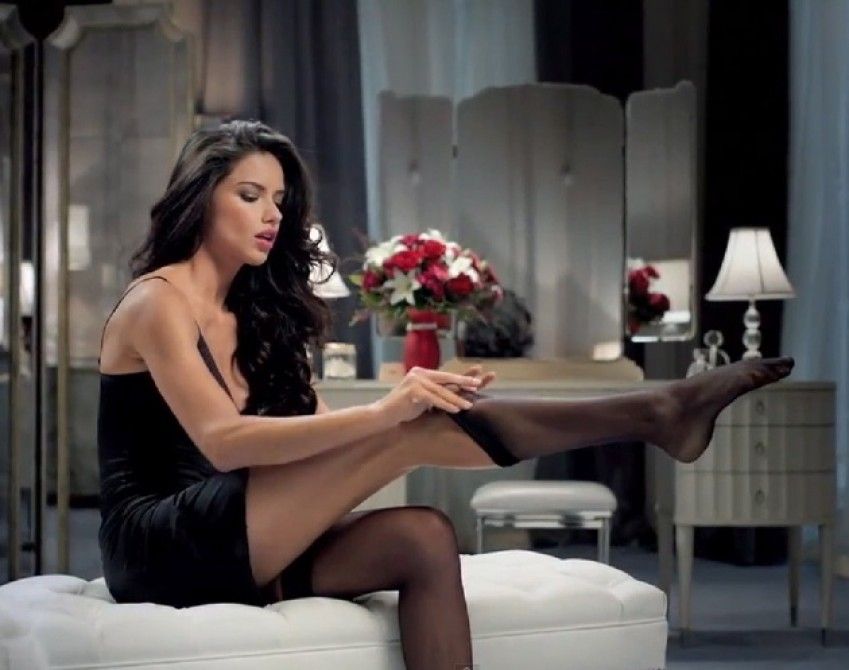 When stockings made a sudden and long awaited revival in Australia in the late ’80s I thought they were back for ever. Sadly this beautiful time was very short and they all but disappeared as quickly as they came. Does anybody know what was the catalyst for the resurgence, and what caused their demise just a couple of years later?

There was, for a very short time, an exception to the long ‘stocking drought’ of the 1990s. In early 1992, I began a six-month temporary stint at the headquarters of a well-known building society. The women in the department where I worked were all formally dressed, which made a refreshing change from the usual drab casual attire. One girl, Vikki, was 18 and very prim and proper, an impression reinforced by her horn-rimmed glasses. When she bent over, I was sure that I could see a pair of suspender bumps outlined on her skirt. I assumed that I was mistaken, she being ‘too young’ and all that. To my surprise, I overheard her complaining that one of her suspenders had come undone to a female colleague, Jane. Jane, a junior manger, remarked that she ‘couldn’t be bothered with all that fuss’ and wore only tights. To my increasing interest, the office manager, Angela, a pretty, slightly plump lady in her late thirties joined in, commenting that she always wore them. Furthermore, two of the other ladies Sue and Jean (both early-mid forties) chimed in to the effect that they, too, only wore stockings and suspenders. A most interesting discussion followed.

As you can imagine, I eagerly took in every word. Finally, Angela told the group about her best stockings – a consignment of post-war fully-fashioned seamed stockings that her husband had somehow acquired! Needless to say, I looked at Vikki, Angela, Sue and Jean in a different light from then on. The very best stocking experience from that time though, involved Keiran, a lovely, shy girl in her mid-late twenties. Keiran was a smoker, like myself, and we would slope off to the smoke room at breaktimes and after lunch. Keiran would often sit opposite me and read a magazine, while I would read my newspaper. The seats were very low, and I would occasionally catch a glimpse of the white V of Keiran’s knickers as she sat down. Despite her nyloned legs, I didn’t put two and two together, I just assumed that it was her light-coloured briefs showing through her tights. How wrong I was.

We both tended to work later than the rest of the staff, neither of us being ‘early birds’. One evening, Keiran was making a telephone call. For some reason (and I would love to know in retrospect), she did not make the call from her own desk, but went to Jane’s abandoned desk, which was at an angle to my own. As she chatted away, I caught sight of her and my heart nearly stopped. She had her legs crossed and her knee-length skirt had ridden up her thigh, revealing the deep black welt of her stocking top and a three-inch length of her white suspender. I vividly remember that her suspender had one of those little ribbon-like things at the end. I tried to look away, but I just couldn’t. I must have been openly staring at her stocking top and suspender for literally about five minutes.

She finished her call and went back to her desk, before leaving a few minutes later. I wanted desperately to talk to her, to convey the effect she had on me, but I could not rise from the desk! She never mentioned the incident, nor could I bring myself to mention it to her, but it will stay with me until my dying day. I was married at the time and Keiran had a steady boyfriend, and I will never know what her motive was, but there is no doubt in my mind that the display was for my benefit. So, Keiran, if you’re reading this – thanks a million! It was the finest of treats.

I also experienced many sightings around my home town of Northampton during the late ’80s early ’90s. Mostly office girls and shop assistants including my own secretary!

In England the stocking revival began tentatively circa 1984. By 1986, the office where I worked was a fabulous parade of stockings of all kinds, sheer, patterned, fishnets, even seamed stockings (the fake non-fully-fashioned kind). I believe the vogue here peaked in 1988, and went into a gradual decline in 1989 before collapsing almost entirely by 1990-1991. What prompted this sudden and marvellous revival remains a complete mystery to me. Their demise was equally perplexing. The fashion industry needs more red-blooded heterosexual men working in it. I’d make fully-fashioned stockings an essential part of every outfit I designed!