Hannah Dakota Fanning is an American actress. She rose to prominence at the age of seven for her performance as Lucy Dawson in the drama film I Am Sam (2001), for which she received a Screen Actors Guild Award nomination at age eight, making her the youngest nominee in SAG history. Fanning played major roles as a child actress in the films Uptown Girls (2003), The Cat in the Hat (2003), Man on Fire (2004), War of the Worlds (2005), Dreamer (2005), and Charlotte’s Web (2006).

Fanning followed with more mature roles, playing Lewellen in Hounddog (2007), Lily in The Secret Life of Bees (2008), the eponymous character in Coraline (2009), Cherie Currie in The Runaways (2010) and Jane in The Twilight Saga (2009–2012). Throughout the 2010s, she continued appearing in independent productions such as the dramas Now Is Good (2012) and Night Moves (2013), the comedy-drama Very Good Girls (2013), and the biographical film Effie Gray (2014). In 2018, she appeared in the heist comedy Ocean’s 8 and had a starring role in the period drama miniseries The Alienist. She portrayed Manson girl Squeaky Fromme in the Quentin Tarantino film Once Upon a Time in Hollywood (2019).

Fanning made her modelling debut in 2009 when she was featured on the cover of fashion magazines Elle, Vanity Fair, and Cosmopolitan, among others. She also appeared in the fashion week in New York in 2014 and at the opening ceremony of Fashion Week New York S/S 2015.

Fanning was born in Conyers, Georgia. She attended a Montessori School in Covington. Her mother, Heather Joy (née Arrington), played tennis professionally, and her father, Steven J. Fanning, played minor league baseball and now works as an electronics salesman in Los Angeles, California. Her maternal grandfather is former American football player Rick Arrington, and her aunt is former ESPN reporter Jill Arrington. Counted among the Arrington family’s notable ancestors is the gentleman farmer William Farrar. Dakota is the elder sister of Elle Fanning, also an actress; both were brought up Southern Baptist. 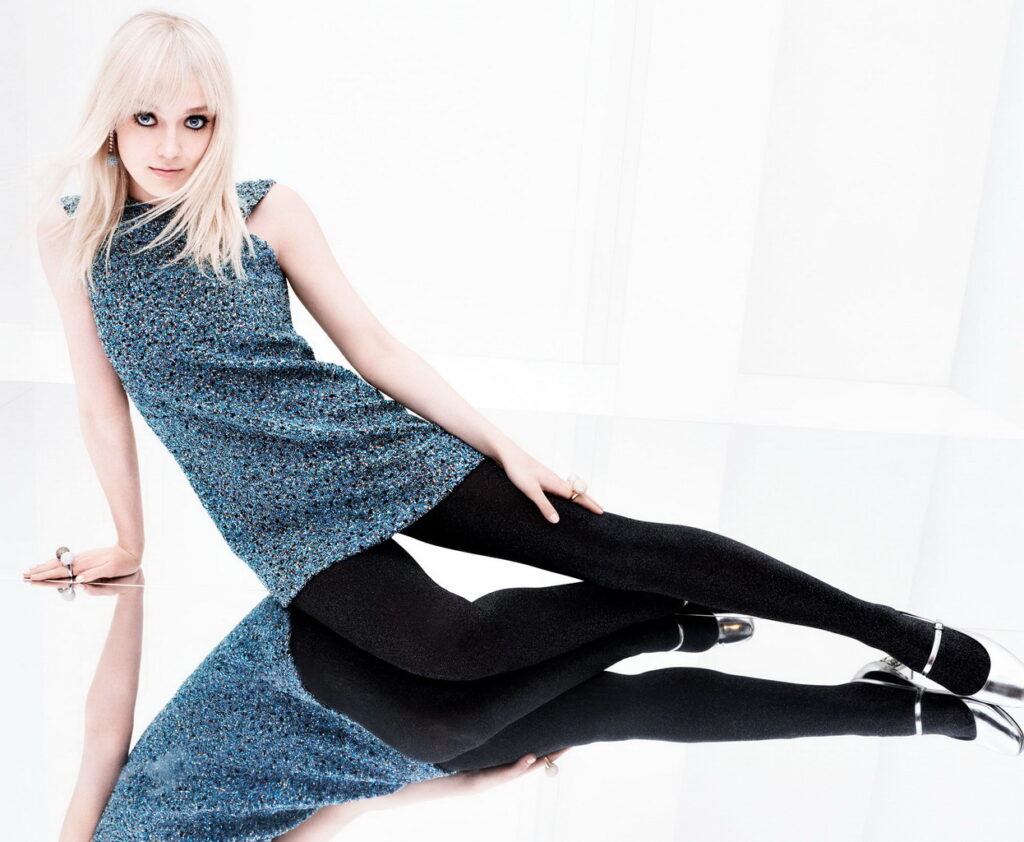