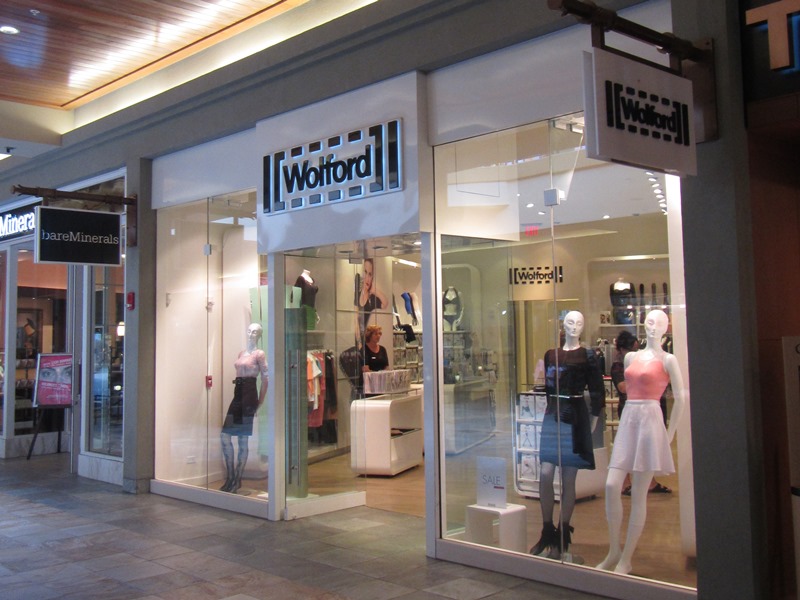 1946 Reinhold Wolff sets up a sock and stocking production on the Old Mill in Hard.

1948 Work begins on the new building.

1949 The new three story building is ready for occupation.

1950 Wolford Hosiery was founded by Reinhold Wolff & Walter Palmers in Bregenz on Lake Constance, and Wolford becomes a registered brand name. Conversional knitting machines were sort to produce synthetic and pure silk ladies stockings and the hosiery machines were adapted to meet the Wolford’s quality standards.

1952 New Pre-boarding and dye shop started to be constructed.

1954 Wolford display it’s first seamless hosiery they were knitted on the latest machines at the time
which still needed modification to meet Wolfords high quality standards.

1963 The packaging changes again, now each type of hosiery features a specific flower.

1968 Wolford surprises the world with yet another innovation with the release of their suspenderless
stockings, with adjustable support tops, allowing the stocking to fit most size of legs as the top was adjustable.

1969 Patterned winter tights become a must have for the fashionable ladies of London as they step out in short mini skirts.

1970 Wolford develop a solution for crop tops and fashionable hipster trousers, the tights are transparent and have a sandal heel, the waist band rests on your hips with a sheer to waist appearance.

1975 Wolford develops the first ladder proof tights us US-patented process, the name given is “Luxor”.

1977 Wolford released “Miss Wolford”, they are the first light weight support tights with a discernible cosmetic and therapeutic effect

1981 Wolford sets the trend with tights that have a hand knitted and crocheted look.

1983 “Intericate” is released, a Wolford creation exclusively for “Chantal Thomas” with such high demands for the product new department stores had to be opened creating over 200 new jobs.

1983 Wolford announce “Stay-ups” which soon become a successful range offered by many retailers.

1996 New packaging for the support & forming range of hosiery.

1997 New Packaging for the re-launch of the the “Basics” range of hosiery.