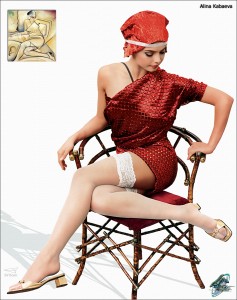 Alina Maratovna Kabaeva is a Russian Honored Master of Sports, retired rhythmic gymnast, and politician. Between 2007 and 2014 she was a State Duma deputy from the United Russia party. Since September 2014 she is the chairwoman of the board of directors of the National Media Group.