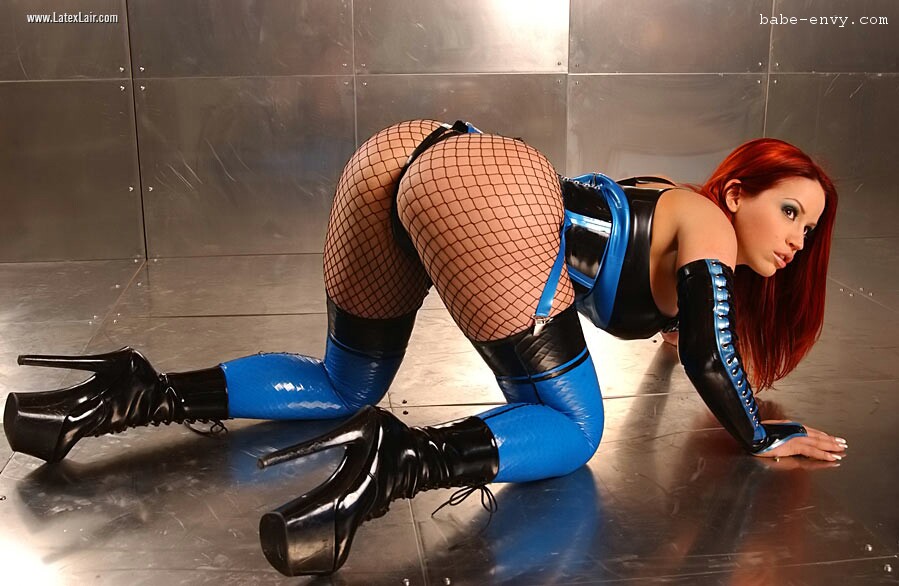 Bianca Beauchamp was born in Montreal, Quebec to a French Canadian father and an Italian mother. She was named after Bianca Jagger. Growing up in the low-income neighbourhood, Beauchamp managed to pass the entrance exam for an exclusive private school. She realised that she was bisexual at the age of 15. After having difficulty at home, she moved away soon after graduating high school, and began a course in French literature at CEGEP, hoping to become a high-school French teacher. After achieving her certificate, she began studying French and teaching at the Université du Québec à Montréal.

Beauchamp had met her future husband, aspiring photographer Martin Perreault at the age of 17. Perreault convinced her to pose for photographs as his muse, and she began modelling for him. She bought her first latex dress at the age of 18.

In 1998, Beauchamp and Perreault founded the website Latex Lair. During a teaching internship at her old high-school, one of the staff discovered the website and advised her to shut it down (although at the time it contained no nudity), which she did. However she re-opened the site after completing the internship, prompting the university to threaten to fail her if it remained on-line during her remaining internships. Beauchamp realised her passion for modelling outweighed that for teaching, therefore she left university at the age of 23 to pursue her modelling career.
Beauchamp soon appeared in photoshoots for Bizarre, Heavy Rubber, Marquis, Nightlife, Penthouse, Playboy, Skin Two, and Whiplash, working at McDonald’s, a video store, a sex shop and as a strip-club waitress while establishing her career.

In January 2007, Beauchamp became the first model to appear on the front cover of Bizarre magazine six times, and later in the same year represented Hype Energy at the 2007 Canadian Formula 1 Grand Prix. Her photos have also been in several Playboy Special Editions and on the cover of Book of Lingerie. She has also been on the cover of Playboy’s Girls of Canada calendar twice. In partnership with her website and Ritual Entertainment, she portrayed the character Elexis Sinclaire for the video game SiN Episodes.

In January 2008, Beauchamp was named 31st in Askmen.com’s Top 99 Women of the Year, a popular “Hot List” for celebrities. The following year, she improved her ranking to 24th. In January 2009, she appeared on the cover of Bizarre magazine, her 9th cover for the UK magazine, confirming her lead as the model who appeared the most times on Bizarre.